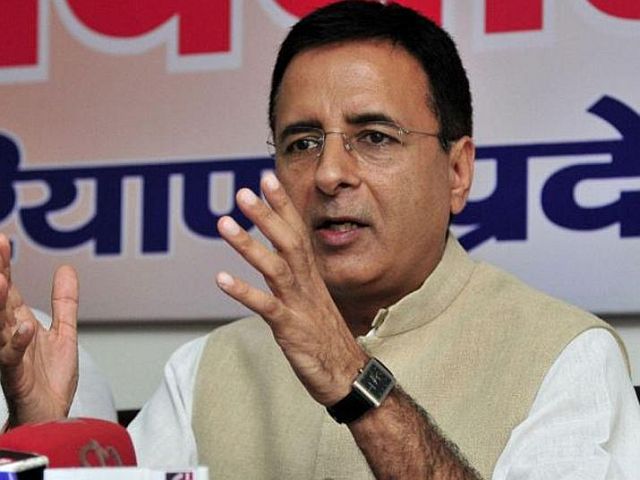 After Surjewala experiment, Congress banks on big names in Haryana

With its recent experiment of fielding sitting Legislator Randeep Singh Surjewala for the Jind Assembly seat by-election in January this year ending up as a flop show, the Congress party in Haryana could find itself in a make or break situation if its big guns fail to win in the Lok Sabha polls.

Surjewala, who is the sitting Congress Legislator from the Kaithal Assembly seat, was fielded by the party as a “strong candidate” for the Jind by-election in January this year to give a tough fight to the Bharatiya Janata Party (BJP).

However, Surjewala, who is a known face at the national level being the head of the Congress media wing, finished a poor third in the bypoll result leaving himself and the party politically embarrassed.

“What was even more damaging for the Congress and Surjewala was the fact that the winner in the bypoll (Krishan Lal Middha) and the runner up (Digvijay Chautala of the newly-formed Jannayak Janata Party) were both rookie candidates,” a Congress Legislator told IANS here.

Surjewala, in whom some Congressmen see a Chief Minister in the making, secured only 22,740 votes against the 50,566 votes bagged by the winning BJP candidate. Digvijay Chautala finished a creditable second in the election by getting 37,631 votes.

The Congress on Saturday released its list of six out of the 10 Lok Sabha seats in Haryana. The party has 4-5 factions within the state unit and the party’s in-charge for the state, Ghulam Nabi Azad, is trying to bring them together in view of the Lok Sabha and Assembly elections.

Former Union Minister for Social Justice and Empowerment, Selja has been fielded from Ambala seat and Ashok Tanwar from Sirsa Lok Sabha seat. Both seats are reserved for scheduled caste candidates. Both candidates had lost in the 2014 general election on these seats.

The party has fielded former MP Shruti Chaudhary, who is the daughter of former cabinet Minister Kiran Chaudhary, from Bhiwani-Mahendragarh, Ajay Singh Yadav from Gurgaon and new face Lalit Nagar, whose brother is said to be close to Congress President Rahul Gandhi’s brother-in-law Robert Vadra, from the Faridabad seat.

The Congress in 2014 won only one seat – Rohtak (Deepender Hooda). The BJP won seven seats and the Indian National Lok Dal (INLD) two – Hisar and Sirsa.

The INLD is now in political disarray following a split in the family of party President Om Prakash Chautala and the sitting MP from Hisar, Dushyant Chautala, floating the JJP.

Haryana’s ruling BJP is in an upbeat mood after its win in recent mayoral elections and the Jind bypoll.