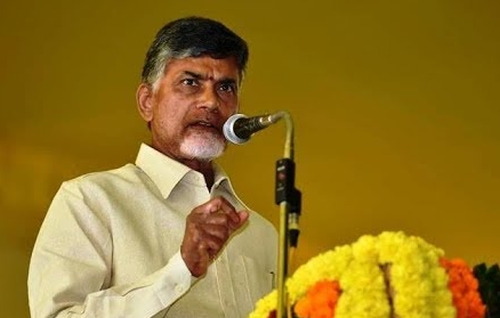 Naidu told the media here that polling was delayed at several places as the EVMs were not functioning. He said an EVM was not working where Chief Electoral Officer Gopal Krishna Dwivedi went to cast his vote.

Polling was underway in the state for 175-member Assembly and 25 Lok Sabha seats.

Naidu said at least now the Election Commission should review its stand on EVMs.

“We have long been saying that there is scope for technical problems and manipulation in EVMs. Even technologically advanced countries are using ballot papers,” the TDP chief said.

He said 22 political parties in the country demanded that at least the Voter Verifiable Paper Audit Trail (VVPAT) slips be counted. He did not agree with the Election Commission that counting of all VVPAT slips will take six days.

Naidu said they were planning to file a review petition for counting of at least 25 per cent of VVPAT slips.