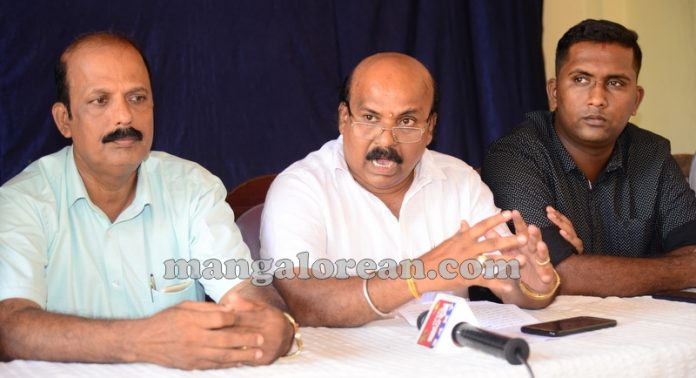 Mangaluru: “Recently, Prime Minister Modi visited the Mangalore district to campaign for the Lok Sabha elections. In his speech, the Prime Minister mentioned Koti Chennaya and Sri Narayana Guru without knowing their full history. Every time that the Prime Minister has visited the district, he has promoted Koti Chennaya and Sri Narayana Guru. I want to tell the BJP members of this district as well as the Prime Minister that Sri Narayana Guru and Koti Chennaya are gurus of the Billava community. They are not related to election issues. There are many Billavas in this district. I want to tell the BJP candidates of this district as well as PM Modi, all of you pretend to praise the Billava community but have you done anything for the Billava community? In Modi’s entire speech, he never even mentioned the names of the BJP MP candidates” said JDS South Constituency President Vasanth Poojary in a press meet held at Hotel Woodlands, Bunts Hostel Road here, on April 15.

Addressing the mediapersons Vasanth Poojary said, “From the Congress-JDS coalition, we have chosen candidates from the Billava community such as BK Hariprasad who is contesting from the South Bangalore constituency and Madhu Bangarappa who is contesting from the Shivmogga constituency. The BJP has not fielded any candidates from the Billava community. They only need the Billava community to put up posters and banners. Secondly, PM Modi spoke about dynastic politics. Congress and JDS are not the only parties that have a dynasty. Even the BJP party plays dynastic politics. The leaders of Maharashtra’s Shiva Sena are children of Bal Thackeray. In Karnataka, Yeddyurappa’s children are also in politics. Whenever Modi comes to Karnataka or even Mangaluru, his eyes hurt because of Deve Gowda’s power. Deve Gowda was the Prime Minister of India and is the jewel of Karnataka.”

He further said, “There is a lot of work left in this district. Since the last ten years, Nalin Kumar Kateel has contributed only one thing. He has sold the Mangalore International Airport to Adani and he has also sold NMPT. These are his only contributions. I appeal to the people to vote for Mithun Rai who is a young and educated leader.”