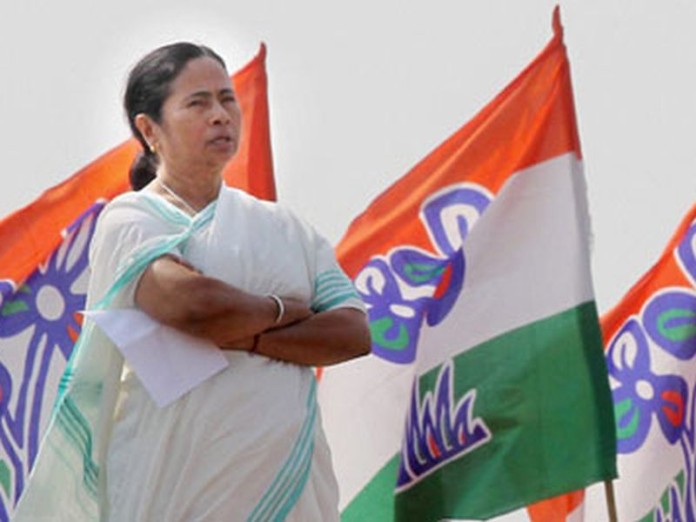 Kolkata: The Election Commission’s unprecedented step of curtailing poll campaign in West Bengal by 20 hours in the wake of repeated instances of violence has come as a jolt to the ruling Trinamool Congress, with its supremo Mamata Banerjee going hammer and tongs at the poll panel.

The BJP, which has emerged as the Trinamool’s principal opponent in the elections, welcomed it, but the other opposition parties were divided in their stand on the EC directives that also included shunting out of the state Home Secretary Atri Bhattacharya and a central deputation for controversial cop and present ADG, CID, Rajeev Kumar.

Chakraborty received the marching orders for “having interfered” in the poll process by giving directions to the Chief Electoral Officer Ariz Aftab.

The EC cracked the whip a day after the violence centring BJP national chief Amit Shah’s road show in North Kolkata that left several injured in clashes between the saffron outfit’s workers and members of the Trinamool’s students wing TMCP. A bust of Renaissance man Pandit Ishwarchandra Vidyasagar was also shattered.

While the Trinamool blamed the BJP, the latter pointed fingers at the ruling party.

Hours before the EC took the strong action, Shah had lashed out at the poll panel, saying it had remained a “mute spectator” despite repeated complaints about incidents of violence and rigging during the six phases of polls held so far in the state.

“Attempts at election rigging are happening in West Bengal but the Election Commission has remained a mute spectator. It should intervene,” Shah told a press conference.

Banerjee was quick to seize the opportunity, as she wondered whether the EC decision was a “fallout” of the threats given by Shah on Wednesday morning.

The Chief Minister hurriedly called a press conference at her home in South Kolkata’s Kalighat and claimed the EC decision was taken at the behest of “BJP, Modi and Shah”.

However, a Trinamool source conceded that the tough action had come as a “big surprise” to the party.

“We were prepared for some action on the part of the EC, but had not bargained for this. It left us completely unaware,” the leader told IANS on condition of anonymity.

The BJP said the commission took the decision as it had no faith in the state administration.

“It is unfortunate, that the candidates did not get their stipulated time but I think commission took the decision as they do not have faith in the state administration,” BJP Bengal chief Dilip Ghosh said.

The Congress said its democratic rights have been curbed, but did not oppose the decision.

“Though our democratic rights have been curbed, we don’t want to criticise the order seeing the law and order situation of the state, especially what happened yesterday(May 14)”.

But Left Front major CPI-M pointed out that Modi and Banerjee would complete their campaign before May 16, when canvassing comes to an end.

“The decision has been taken to favour the BJP and the Trinamool, and adversely hit Left parties, and other outfits with limited resources”.

Nine constituencies in the state are slated to go for polls on May 19 in the seventh and last phase of Lok Sabha elections.