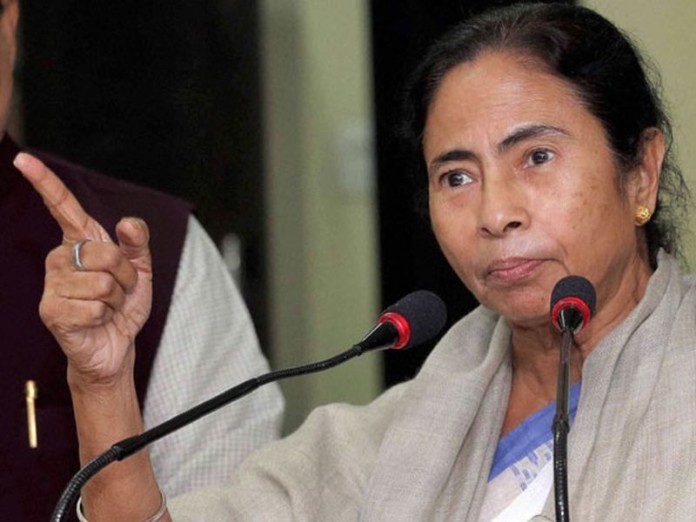 She also claimed that RSS people have been inducted into the Election Commission.

Mamata wondered if the directives were due to the “threat” issued to the poll panel by Shah during a media meet in New Delhi on Wednesday morning.

Addressing a media meet here, the Chief Minister said: “Some emergency situation has arisen due to some directions of the Election Commission. I don’t consider these as EC’s decision. These have been taken as per the direction of the BJP, Modi and Amit Shah.”

“In the morning, Shah held a press conference in Delhi, where he threatened the Election Commission.

“Is this a fallout of that?” she asked.

Banerjee said Bengal was being targeted as Modi knew that she was challenging him.

“I am challenging him, talking against him, we are countering him on every point. Modi is afraid of Bengal, afraid of me.”

Banerjee said she had remained mum despite so many incidents that occurred during the election proess.

“With due respect, I tell the Election Commission that so many incidents have happened, I did not utter a single word.”

She also accused Deputy Election Commissioner Sudeep Jain of making all arrangements for Shah’s road show. “He had given a letter. It is with Kolkata police. I also have a copy”.

Taking umbrage against the EC relieving her favourite police officer and presently ADG CID Rajeev Kumar from the post and asking him to report to the Union Home Ministry in Delhi, she asked: “Why are they so cut up with Rajeev Kumar? Is it because he has been intercepting hawala money?”

“How can EC send somebody to central deputation? This is the state’s prerogative. IPS and IAS officers are under the state government. How can they interfere like this? EC is doing whatever the BJP is telling it to do. Never in my life have I seen such an Election Commission.”

Banerjee declared she would not be silenced, and said the decision taken under section 324 of the Representation of the People Act to curtail the campaign period was not legal as there was no law and order problem in her state.

Banerjee questioned why the EC did not show cause Shah, “who orchestrated the May 14 violence”.

She alleged the directives were issued to deflect people’s attention as a big sentiment had developed in Bengal over the vandalisation of Vidyasagar’s bust.

“The decision is unconstitutional, unprincipled, unethical, and smacks of political bias,” she said.