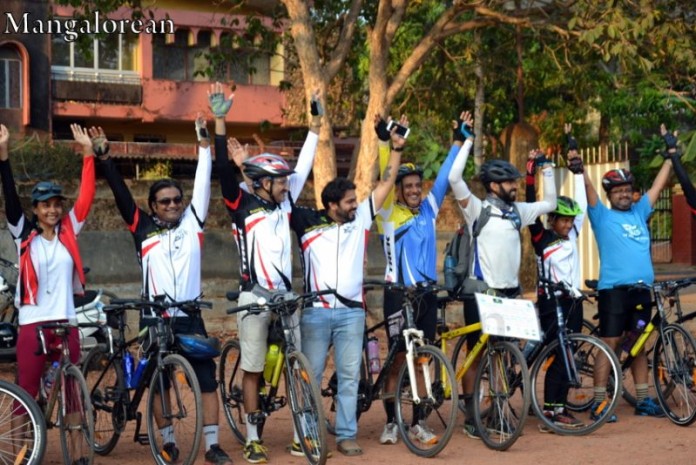 Mangaluru: You’ve probably noticed that green is everywhere these days–in the news, politics, fashion, and even technology. You can hardly escape it on the Internet, and on many sources of media. That’s all great as far as we’re concerned. While it’s easy to get overwhelmed, it’s also simple to begin making a positive impact. There are many reasons behind why we should go green. The truth is that everything single thing we do every day has an impact on the planet — good or bad. The good news is that as an individual you have the power to control most of your choices and, therefore, the impact you create: from where you live to what you buy, eat, and use to light your home etc- you can have a global impact. But embracing a greener lifestyle isn’t just about helping to preserve equatorial rain forests, it can also mean improving your health, improve the environment in the community, ultimately, improving your overall quality of life. Why wouldn’t anyone want to go green?

Keeping that in mind, two cyclists from Bengaluru belonging to the ‘GoGreenGoCycling’ organization have been pedaling across Karnataka State in their mission “CycleforCause”, thereby spreading awareness about the green environment. KG Sunil and Saibanna Pujari started their bicycle ride on April 22,2016 i.e’ World Environment Day’, from Bengaluru and are on a mission visiting every district headquarters in the state. They are making every attempt to promote the cause of environment by planting saplings along with local bodies involved during this cause ride. Besides interacting with students and general public they are also tying up with local cycling clubs to spread the message. They made a pit-stop in Mangaluru on Saturday, and along with members of Mangalore Bicycle Club (MBC) and others totaling about 90 joined hands with these two volunteers of GoGreenGoCycling.

With the cycle ride commencing at 6 am near MCC building-Lalbagh, flagged off by Ashoka Vardhana who is an environmentalist and a cyclist too, the cyclists pedaled across the city limits for about 15 km with these two GoGreen activists, with the ride culminating at the Canara High School in Urva, where saplings were planted along with officials from the Forest Department. Mangaluru Deputy Conservator of Forests K.T. Hanumanthappa and Range Forest Officer Sridhar planted ten saplings on the Canara school premises along with the cyclists. Hanumanthappa offered cyclists a few tips as to how to plant a sapling and nurture it, saying that just planting a sapling is not enough, you need to take care of it, water it and nurture it, just like we take care of our body.

Speaking to Mangalorean.com, KG Sunil said, “Our aim is to promote non-motorized transport as well as creating awareness on environment. Our ‘CycleforCause’ mission would culminate on June 5 at Kanteerava Stadium in Bengaluru where the Karnataka State Pollution Control Board has organized a mega-event to mark the World Environment Day.

Nearly 3,000 cyclists would assemble at the venue to make their presence felt. Whenever cyclists had asked for a separate track on the streets for our safety, the authorities have given excuses like there are not too many cyclists on the road to take this issue seriously. But as the cyclists number are growing day by day, this will be an ample opportunity for us to exhibit cyclists’ strength. We need to raise our voices and concerns for a better and greener environment. We need to pressurize the government to provide us a suitable track so we can pedal safely, and also spread the word of a green environment”.

In the meantime, Ganesh Nayak- founder of Mangalore Bicycle Club said, “MBC has already planned a one week programme on the occasion Vanamahotsava in July 2016 wherein one cyclist will plant one sapling each for seven days and the aim of club which is currently having a strength of 300+ members to plant 2000+ saplings on this occasion. We need the support of other cyclists and citizens to make this project a grand success. Anyone willing to join our club are very much welcomed-they can call me at 8095506377 for more details”.