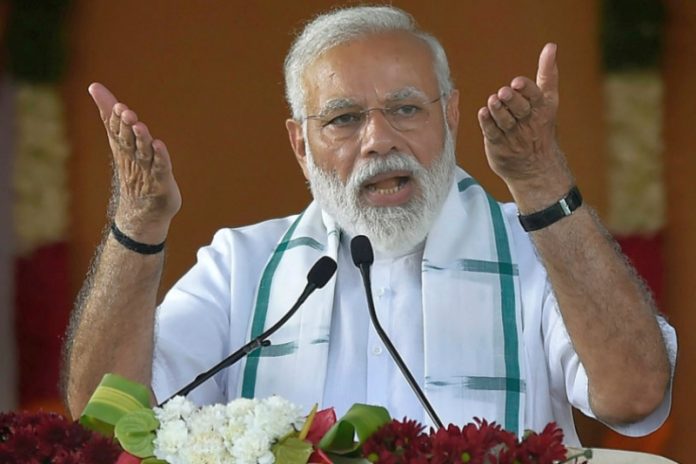 Ahmednagar (Maharashtra): Prime Minister Narendra Modi on Friday again nudged Nationalist Congress Party President Sharad Pawar to speak out against the proposal for making two Prime Ministers – one for Jammu and Kashmir and another for India, as propounded by some of the Congress party’s allies.

“We have no expectations on this from Congress, they are reaping what they sowed. But what’s wrong with you, Sharadrao? For how long will you keep quiet on this demand for two PMs? Your party’s name has ‘nationalist’ in it, but is it only to defraud the people of the country?” Modi asked.

He questioned how, with Pawar around, could people speak of two Prime Ministers in one country, and also wondered how the NCP chief could tolerate such separatist talk when he hails from the “land of Chhatrapati Shivaji Maharaj” and had served as a former Union Defence Minister as well.

The Prime Minister’s comments on the issue come again after his remarks on similar lines at his previous political rallies held in Maharashtra recently.