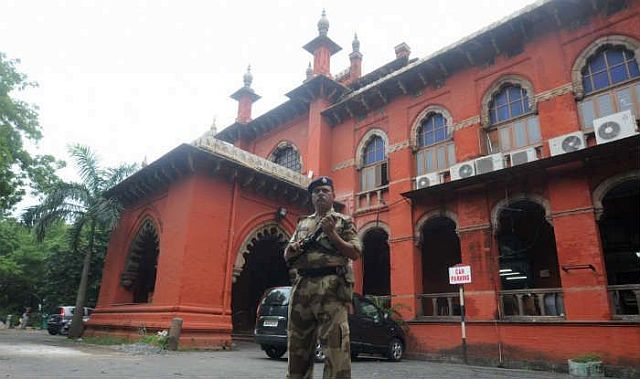 Chennai: The Madras High Court has observed that the employees of Reserve Bank of India (RBI) cannot be referred to as “government servants” while identifying their employment status.

“It is true that the RBI is a state within the meaning of Article 12 of the Constitution of India. Even then it cannot be said that its employees are all regular Government employees.”

The observation came after an RBI employee, E. Manoj Kumar, had moved the High Court seeking declaration of his result in the Tamil Nadu Public Service Commission (TNPSC).

While filling up the questionnaire in the application form for Combined Civil Services-I Examination, Kumar had identified himself as a non-government employee in 2016.

The Commission withheld his result on the ground of suppression of material particulars in the application form regarding his employment with the Reserve Bank of India.

“Are you a Government employee?” was one of the queries in the questionnaire published by the TNPSC. Kumar answered it in the negative.

He cleared the written test, and was selected for the appointment to the post of Deputy Superintendent of Police.

However, his appointment met with a road block, and when he moved the court, a single bench at the Madras High Court dismissed his plea citing that the instruction on the application was very clear.

The instructions to the candidates contained not only government service, but there was also a provision to declare other services. It said that non-disclosure of the bank service is equivalent to suppression of information attracting disqualification.

The Division Bench though observed that the application form did not have a separate column clearly indicating the candidates to declare their nature of employment.

Taking a contrary view on Kumar’s plea, it observed that the column in the application form contained only one service for disclosure viz., “Government Service”, and thus it would not be possible for a Bank employee to record that he is a Government employee.

The bench noted that Kumar had correctly filled the application form for the examination.

It said: “Even the entry in question was correctly filled up by the appellant. He is not responsible for the preparation of an incorrect questionnaire by the TNPSC.”

Setting aside the single bench’s order passed on March 26, the Division Bench of the High Court directed the TNPSC to forward Kumar’s candidature to the government to take action regarding his appointment within one week.