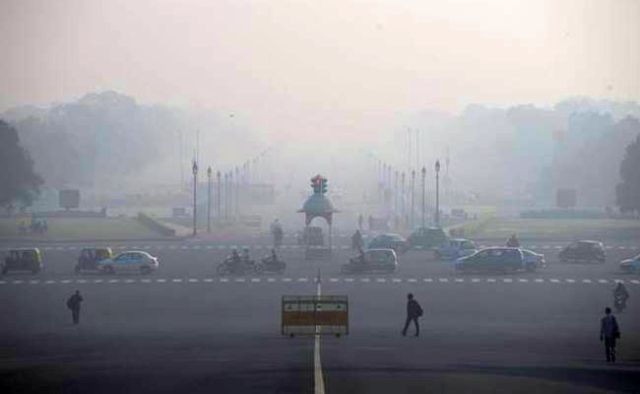 New York: Mitigating the use of household fuels could reduce air pollution-related deaths in India by approximately 13 per cent, which is equivalent to saving about 270,000 lives a year, an India-US joint study has stressed.

Nearly half of the country’s population relies on dirty fuels such as wood, dung, coal and kerosene for cooking and heating, said researchers from the University of California, Berkeley and the India Institute of Technology-Delhi.

Eliminating emissions from these sources — without any changes to industrial or vehicle emissions — would bring the average outdoor air pollution levels below the country’s air quality standard.

A study in the Lancet Planetary Health journal last year found that air quality in India is so poor that 1.2 million deaths in the country in 2018 can be attributed to air pollution.

“We looked at what would happen if they only cleaned up households, and we came to this counter-intuitive result that the whole country would reach national air pollution standards if they did that,” Smith added in a paper published in the journal Proceedings of the National Academy of Sciences.

The co-authors of the paper are Sourangsu Chowdhury and Sagnik Dey of IIT-Delhi, Sarath Guttikunda of Urban Emissions in New Delhi, Ajay Pillarisetti of UC Berkeley and Larry Di Girolamo of the University of Illinois Urbana-Champaign.

As of early 2016, nearly half of the Indian population was reliant on biomass for household fuel.

“There are 3,000 chemicals that have been identified in wood smoke, and taken at a macro level, it is very similar to tobacco smoke,” Smith informed.

Complete mitigation of biomass as fuel – which could be achieved through widespread electrification and distribution of clean-burning propane to rural areas – would cut India’s average annual air pollution to 38 ug m-3.

While this is still far above the World Health Organization (WHO) standard of 10 ug m-3, it could still have dramatic impacts on the health of the people.

“You can’t have a clean environment when about half the houses in India are burning dirty fuels every day,” Smith said.

“But they need to recognise the fact that households are very important contributors to outdoor air pollution, too,” he noted.

In 2016, India instituted a national programme to distribute clean burning stoves and propane to 80 million impoverished households, or about 500 million people.

Similar programmes have been successful in China, where air pollution is now on the decline in 80 cities.