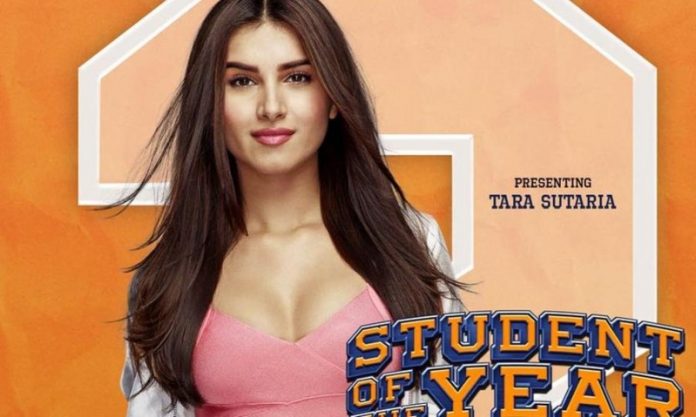 Tara Sutaria not upset with mixed reviews for SOTY 2

Mumbai: Actress Tara Sutaria is not disappointed with the mixed reviews that her maiden Bollywood film “Student Of The Year 2” (SOTY) has received from the critics and audience.

SOTY 2, directed by Punit Malhotra and starring Tiger Shroff and Ananya Panday apart from Tara, released on Friday. It made Rs 12.06 crore on its opening day and Rs 14.02 crore on Saturday.

The story is about a hardworking college student (Tiger) who overcomes his personal challenges and faces his competitors to win the Student of the Year Cup. Its script and unreal situations have drawn criticism.

Asked if she was disappointed, Tara told the media: “I am not feeling disappointed, but I am feeling really happy that it has been accepted so well. I think what we envisioned for the film, according to that, we feel lucky and thankful that it has opened so well at the box office. The entire team of SOTY 2 is very happy and I would like to make an appeal to the audience that keep giving us the love that you have been giving us.”

Tara spoke on the sidelines of an event when fashion designer Ritu Kumar announced her as the face of her new spring summer 2019 collection here.

On the big screen, the actress will next be seen in Milan Lutheria’s film “RX 100” along with Ahan Shetty, the son of actor Suniel Shetty.

They are still training for the film.

“I am very excited to start shooting for it. I think Ahan is fantastic and so is Tiger. Therefore, I feel very lucky that I am getting an opportunity to work with such talented actors from the film industry,” she said.

“‘RX 100” is the official remake of the Telugu action thriller film of the same name. The film is slated to go on the floors in July and will be shot in Mussoorie, apart from a brief schedule at a studio in Mumbai.