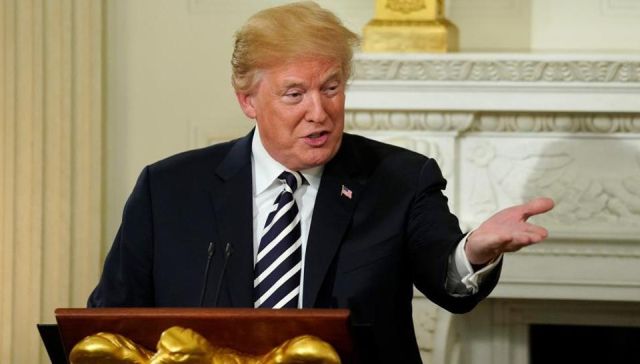 Washington: US President Donald Trump on Thursday will unveil a new immigration proposal that would move the country toward a more merit-based system and boost border security.

Notably, the plan would not change the overall number of immigrants allowed in the US legally, nor would it address the illegal immigration population, Politico news reported.

Trump will deliver the broad outlines of the offering, drafted largely by the President’s son-in-law and senior adviser Jared Kushner, on Thursday afternoon at the White House’s Rose Garden.

The White House is expected to release an outline of its plan on Thursday, while the full version will not be made public.

The plan also calls for new infrastructure at ports of entry to speed up commerce while cracking down on drug and human smuggling.

The new system mirrors those in Canada, Australia, New Zealand and Japan, which use a point system. The new plan would favour immigrants who are exceptional students, those with “extraordinary talent” and people who work in “professional and specialised vocations”.

Visa applicants would receive points for age, English proficiency and offers of employment at a certain wage threshold in order to protect low-wage American workers.

While the White House has touted its proposal as a serious legislative effort aimed at breaking a long stalemate over immigration, there was a take-it-or-leave it aspect to the administration’s description of its strategy on Wednesday that underscored the scepticism surrounding it on Capitol Hill, said The Hill news magazine.

A senior administration official said Trump would use the plan as a tool in the election if Democrats do not “engage” with the administration.

It was not however, immediately clear if Democrats were given a heads-up on the proposal.

Schumer said the President had solicited his opinion on the subject several weeks ago but had not followed through.

“The President called me and said what can we do on immigration? I said, ‘Mr. President look at comprehensive immigration reform’, and I sent it to him – I haven’t heard from him,” the senior Democrat added.