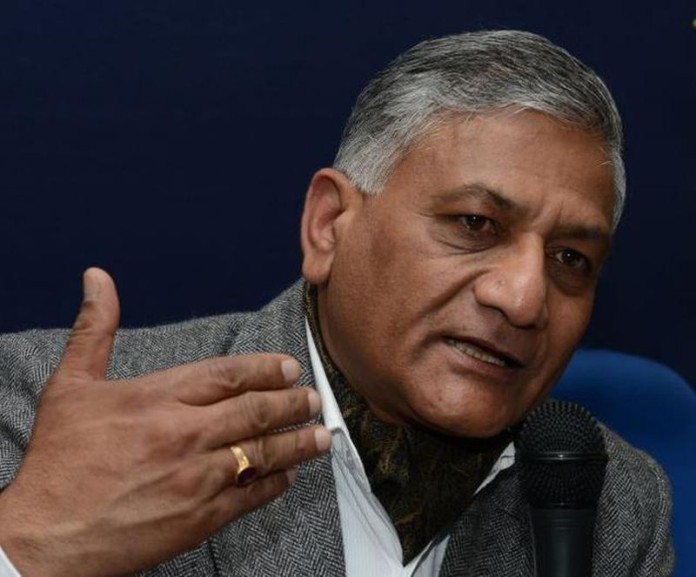 Ghaziabad: Union Minster and the Bharatiya Janata Party candidate Gen V.K. Singh from Ghaziabad cast his vote soon after polling began on Thursday in the first phase of the seven-phased Lok Sabha elections in Uttar Pradesh.

The Minister of State for External Affairs in the NDA government went to the polling station at Schiller Public School in Raj Nagar accompanied by party workers to exercise his franchise.