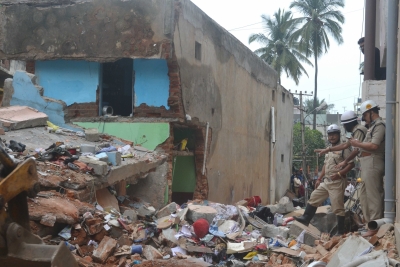 The incident took place on Monday evening. The injured include an eight-old-boy and two women.

The deceased was identified as 30-year-old Zubair.

Police Circle Officer, BKT, Naveena Shukla, said they were informed about the incident through the police control room and a team reached the site to rescue the victims.

She added that Zubair was pronounced dead while the injured were admitted to a government hospital.

The blast had taken place at the double-storey house where four families were staying.

Shukla said the cooking gas cylinder put in the kitchen of one of the brother’s accommodations, caught fire and exploded later.

The linter and a portion of the balcony collapsed due to an explosion at the house.

“The situation is under control and the injured are getting treatment at the hospital,” she added.