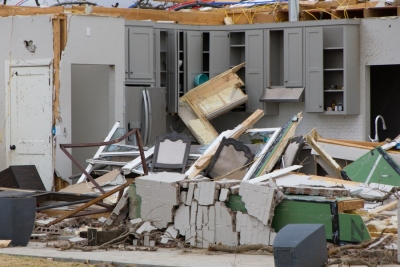 1 killed, multiple injured as tornados tear through US

At least one person was killed and multiple others were injured as tornadoes ripped across parts of the US, causing significant damage, authorities have said.

Washington: At least one person was killed and multiple others were injured as tornadoes ripped across parts of the US, causing significant damage, authorities have said.

One person was killed in McCurtain County, Oklahoma, according to county emergency manager Cody McDaniel.

In southern Oklahoma, a truck driver was hospitalised after his semi was blown over and a woman was hit by a falling tree as she was heading to a storm shelter, reports Xinhua news agency.

In Lamar County, Texas, “there has been quite a bit of damage and some injuries”, Travis Rhodes, the county’s Constable, told local media.

Fire and rescue officials were investigating reports of multiple people trapped inside their homes amid the rubble left behind.

In neighbouring Hopkins County, Texas, at least four houses were damaged by a tornado, the county’s sheriff’s office said in a Facebook post.

More than three inches of rain fell at Dallas-Fort Worth International Airport, setting a daily rainfall record since 1956 and forcing hundreds of flights cancelled on Friday.

Dozens of homes were damaged in the area, local media reported.

“Atmospheric conditions are favourable for severe storms,” said the National Weather Service for Fort Worth.

As of Friday midnight, more than 60,000 homes and businesses were without power in Texas. That number stood at roughly 35,000 in Arkansas and 4,000 in Oklahoma at the same time, data from the PowerOutage.us revealed.

Nine twisters formed in Texas, four in Arkansas, and one in Oklahoma, according to a preliminary count by the US Storm Prediction Center.

Thunderstorms are now moving eastward into Arkansas, Louisiana and southeast Texas and are expected to sweep through overnight with the threat of damaging wind gusts and a few tornadoes, said a report from the weather.com.