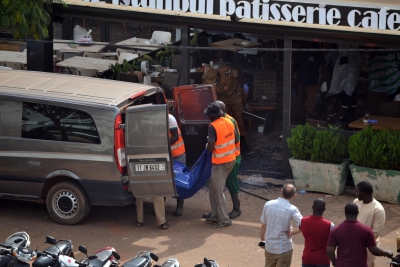 Ouagadougou: Eleven soldiers were killed in an attack on a supply convoy in northern Burkina Faso, the Burkina Faso government said in a statement.

According to the statement on Tuesday, a supply convoy under military escort and heading to the city of Djibo was attacked by terrorists near the commune of Gaskinde in Soum province, the Sahel region, Xinhua news agency reported.

The attack also caused significant material damage, and a search for the attackers was ongoing, the statement said.

Security in Burkina Faso has worsened since 2015 as attacks have killed more than 1,000 people and displaced more than 1.9 million others in the West African nation.