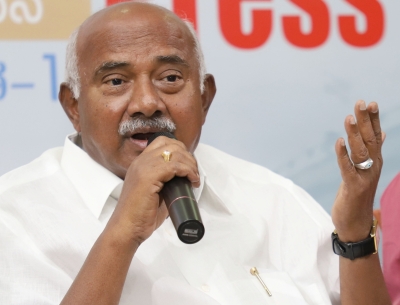 Bengaluru: Two BJP leaders on the five-member Karnataka Legislative Council panel set up to probe the bedlam in the House on December 15 resigned on Friday even before the panel had formally met and begun its work.

The special committee headed by Janata Dal-Secular leader Maritibbe Gowda was set up to look into the circumstances that led to the bedlam in the Council.

They also pointed out that whenever such incidents took place in the past, the Council Chair had referred the matter to the Ethics Committee and directed it to take necessary steps to constitute a panel, if required.

Shetty had formed the committee on December 29 — comprising JD-S leader Marithibbe Gowda, BK Hariprasad and RB Thimmapur from the Congress, and AH Vishwanath and SV Sankanuru from the BJP to look into the ugly situation when LC members nearly came to blows on December 15.

The resignation by two panel members came after BJP MLC and former MP Ayanur Manjunath wrote to Shetty on Thursday to demand that the committee be scrapped. In his two-page letter in Kannada to the LC Chairman, Manjunath had pointed out that he considered the panel “illegal and biased”, and questioned its constitution and appointment of members.

Shetty should have consulted BJP leader in the LC, Kota Sreenivas Poojary, or Chief Whip Mahantesh Kavatimath and sought the two names for the panel from them, Manjunath added.

Quoting House rules, the BJP leader asserted that the LC committee could not be set up suo motu, and that the House’s consent should have been taken first.

With the two resignations, the ruling BJP has signalled that the stand-off between the BJP and the Congress in the Legislative Council is far from over.

Ruckus was witnessed in the Legislative Council over a no-trust motion moved against Shetty on December 15, when Gowda occupied the Chairman’s chair even before the quorum bell had gone off.

In the melee, a section of Congress members had dragged, pushed and shoved Gowda from the seat, while BJP members closed the exclusive entry gate through which the Council Chairman enters and exits.