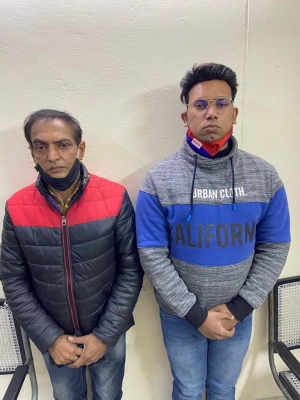 New Delhi: Two BSES contractual employees have been arrested by Delhi Police as they tried to extort money from a shop owner in Malviya Nagar after telling him that his electricity meter was tampered and would attract a fine of Rs 3.5 lakh.

Later they demanded Rs 35,000 to settle the case and threatened to implicate the complainant in a legal case if the money was not paid.

During the course of investigation, the BSES officials were contacted and it was revealed that the matter of extortion had already come to the notice of vigilance officers of BSES. Therefore, a police team and vigilance staff of BSES asked the complainant to call the accused for the settlement of the matter.

The accused were called to receive the extortion money at the house of complainant. Accordingly, a trap was laid along with the officials of BSES Vigilance and later the two came there and one of them received the money and kept it in his pocket.

Further investigation of the case is under progress to ascertain if the duo had indulged in similar offences earlier as well.