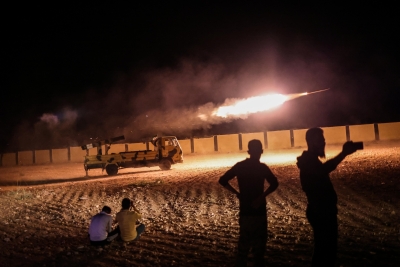 2 killed in Turkish shelling in Syria

Damascus: Two people were killed and eight others wounded by Turkish shelling that targeted areas in Syria’s northern province of Hasakah, a state news agency reported.

The report on Tuesday said the shelling targeted homes and workshops in villages controlled by the Kurdish-led Syrian Democratic Forces (SDF) in the northern countryside of Hasakah, Xinhua news agency reported.

Meanwhile, the Syrian Observatory for Human Rights, a Britain-based war monitor, said the SDF retaliated by shelling villages controlled by the Turkish forces and the Turkey-backed rebels in northern Hasakah, without providing information on casualties.

The exchange of fire is part of the tension between the Turkish and Kurdish forces in northern Syria.