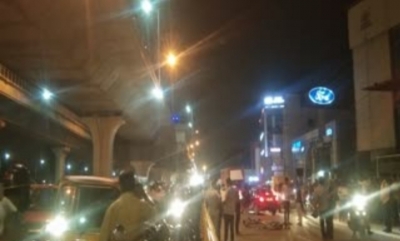 Bengaluru: Two persons were killed after they fell from the Electronics City flyover when a speeding car knocked down a two-wheeler in Bengaluru, police said. 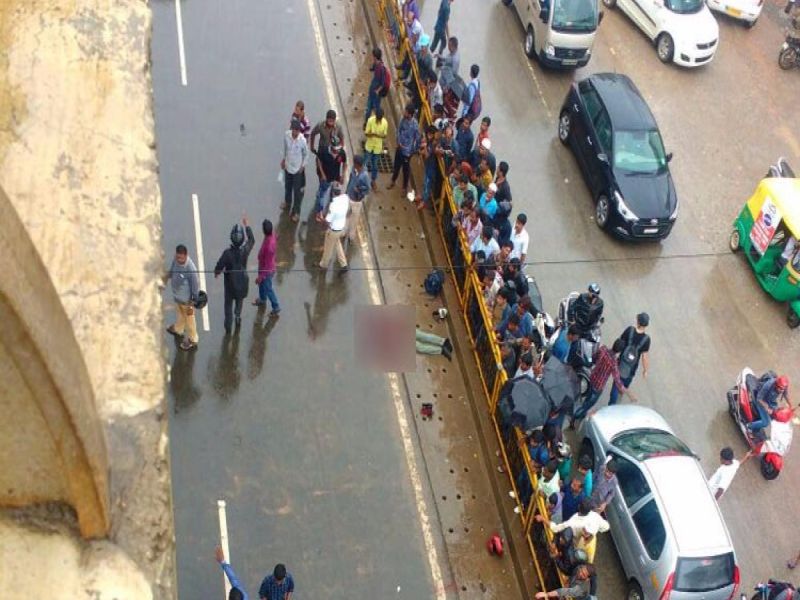 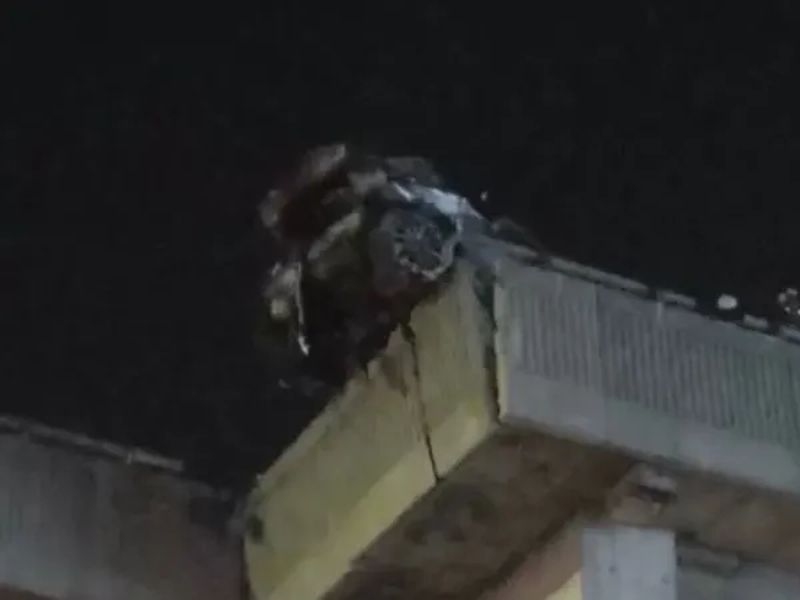 The accident happened on Tuesday night. The deceased have been identified as Preetam (30) and Kritika (28), both worked for an MNC company in the city and hailed from Tamil Nadu. The driver of the speeding car was identified as Nitesh and has been admitted to a hospital as he suffered serious injuries.

The deceased were travelling towards Hosur in Tamil Nadu from Bengaluru. Their identities were traced by late in the night on Tuesday and their parents are said to arrive here on Wednesday morning. The bodies of the victims have been kept at Saint John’s hospital mortuary. 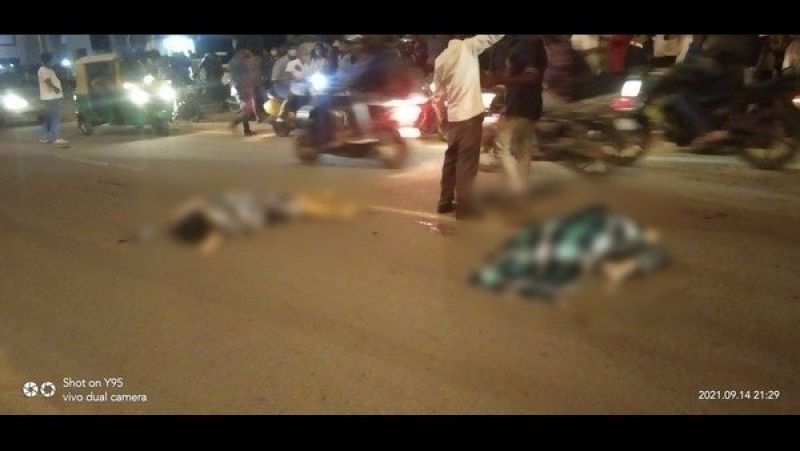 According to police, Preetam and Kritika were travelling on a Bullet bike on the Electronics City flyover. The car driver while overtaking another vehicle lost control and hit the median. The vehicle veered to the extreme left and hit the bike. The car came to halt only after hitting the wall of the expressway.

As an impact, the young couple were tossed off the elevated road. They fell from 40 feet height to the surface road. Both suffered severe head injuries and succumbed on the spot, said police. 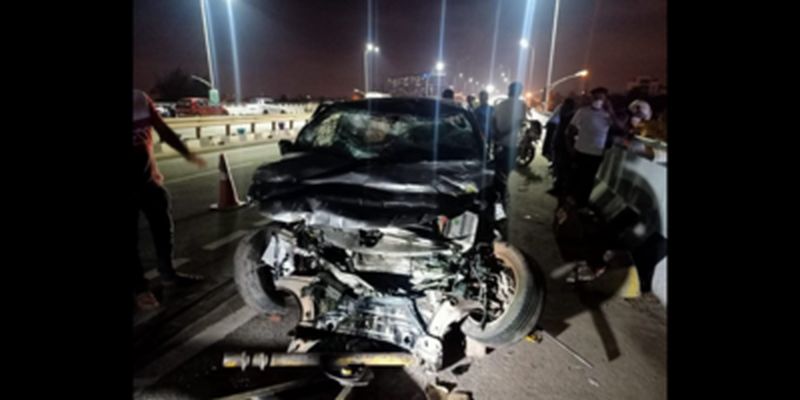 The residents of Singasandra rushed to the spot and informed the police.

The wall of the Expressway was damaged in the accident. Police have removed both the two-wheeler,which was stuck on the wall, and car involved in the accident from the flyover. The Electronics City traffic police are investigating the case.