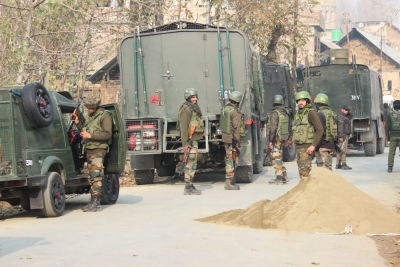 Srinagar: Two terrorists were killed in an encounter between terrorists and security forces at Ahwatoo area in south Kashmir’s Kulgam district, Police said.

It was the second encounter in Kulgam in two days. One Pakistani terrorist belonging to terrorist outfit JeM was killed in an encounter between terrorists and security forces at Batpora area in south Kashmir’s Kulgam district on Monday.

Tuesday’s encounter started after a joint team of police and security forces received an input about the presence of terrorists in the area.