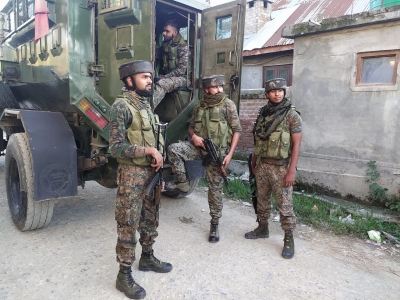 2 terrorists killed in encounter in Kashmir

Srinagar: Two unidentified terrorists have been killed in an ongoing encounter between terrorists and security forces at Manihal area in South Kashmir’s Shopian district on Monday morning, officials said.

Earlier a firefight between terrorists and security forces started on Sunday night after security forces cordoned off the area and launched a search operation on the basis of a specific information about presence of terrorists.

As the security forces zeroed in on the spot where terrorists were hiding they came under a heavy volume of fire that triggered the encounter.