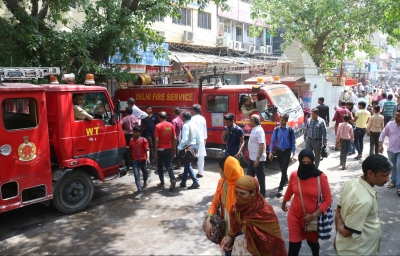 New Delhi:  Despite the Delhi government imposing a blanket ban on the storage, sale, and use of all types of firecrackers, over 200 emergencies and fire related calls were received by the fire department on Diwali day.

Officials said that only nine calls were related to the fire, caused due to firecrackers.

“A total of 201 calls related to fire instances were received from across the city by the brigade on Diwali,” said Atul Garg, Director, Delhi Fire Service (DFS).

“Many fires resulted from lighting diyas and a large number of instances were of garbage catching fire, probably because firecrackers fell on them,” said another fire official.

According to data, in 2021 there were 152 fire related calls received by the department. In 2020, a total of 205 calls were received while in 2019 the department got 245 calls related to fire instances.

On Monday, the biggest fire was reported in east Delhi’s Gandhi Nagar area and 10 fire tenders were pressed into service to douse the flames. Two firemen were injured while four people were rescued after the fire that broke out in a factory in the area on Diwali evening. The cause of the fire was yet to be ascertained.

The fire official said that a fire call was received from Gandhi Nagar area at around 6.50 p.m. in a factory at gali number 12, Raghubar Pura-2 following which 10 fire tenders were rushed to the spot.

In another incident, fire broke out at a restaurant in northwest Delhi’s Prashant Vihar area. “We received information regarding the ablaze at 8.50 p.m. following which seven fire tenders were rushed to the spot,” said a fire department official.

This year’s Diwali saw nearly 2,900 personnel of the fire department deployed across the national capital and additional fire stations were also set up.