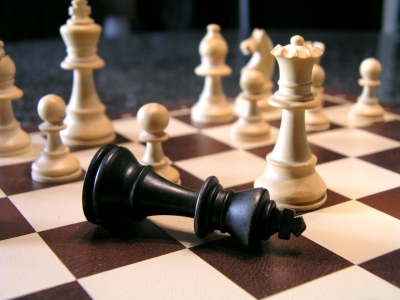 Chennai: Not even a single congratulatory message from any minister — state or Central — or the officials of All India Chess Federation (AICF) or the concerned state chess associations for the winners of the gold and bronze medals in the FIDE Online World Cadets and Youth Rapid Chess Championships, chess players pointed out.

Tamil Nadu’s G. Akash became India’s 66th chess Grandmaster (GM) — the only one to get the title during the Covid-19 pandemic.

In the women’s section, Pratyusha Bodda got her WGM title early this year.

The year 2020 can be summed up as the year of fight for power between the two factions in AICF outside the board. The year also saw the AICF getting a new set of office bearers and later got dismissed.

The AICF is split into two factions – one headed by former President P.R. Venketrama Raja and the other by its Secretary Bharat Singh Chauhan.

The Covid-19 pandemic put a stop to offline/traditional face-to-face chess tournaments but gave birth to the online version.

While several online tournaments were held and are being held by private organisers, the AICF and several state federations largely kept themselves away from that activity.

The Chess Players Forum (CPF) had even urged the cashrich AICF to explore the possibility of holding the National Championships and rated tournaments online with players at their designated centres.

Similarly, the CPF had appealed to the Central government to reward the victorious Olympiad chess team members.

At the start of 2020, AICF President Raja’s camp got a shocker with the Election Officer retired Supreme Court Justice Fakkir Mohamed Ibrahim Kalifulla rejecting the nominations filed by him and others belonging to his faction.

Kalifulla rejected the nomination forms of 23 contestants as they did not file their nominations in person as specified in para 6.4 of the National Sports Development Code.

He also announced Ajay H. Patel as the President, Chauhan as the Secretary, Naresh Sharma as the Treasurer, M. Arun Singh as the Joint Secretary and Vipnesh Bharadwaj as the Vice President.

The election process got stalled as Kalifulla ordered the chess body to deposit Rs 58.50 lakh towards remuneration for himself, two assistant returning officers, secretarial staff and other charges so that he can commence the election process as per the National Sports Development Code but AICF was not ready to pay that amount.

Concerned with the developments in AICF, the Fide in April suggested the formation of a committee to run the day-to-day affairs of AICF.

According to Fide, Chauhan and Raja have to sign a memorandum of understanding (MoU) to set up a five-member committee comprising themselves or their nominees, a nominee from the Central government and a famous and respected male and female chess player.

While the Chauhan camp agreed to FIDE’s proposal, the Raja camp declined saying the matter is sub-judice.

On its part, the Central government, in a letter addressed to Raja and Chauhan on May 20, while referring to the disputes in the management of the chess body, had said: “AICF may resolve the issues concerning management of All India Chess Federation by September 30, 2020.”

In November, the Madras High Court appointed retired judge of Punjab and Haryana High Court, K. Kannan, as the new returning officer to conduct the AICF elections and the latter has fixed January 4 as the poll date and set the election process rolling.

Be that as it may, it was a great year for young GM Nihal Sarin who recently won the gold in the FIDE Online World Cadets in the Under 18 category.

Sarin was also the member of the Indian team that won the Olympiad gold and the silver medal in the Asian Nations (Regions) Online Cup 2020.

The other notable achievement was Akash getting the GM title.

Young Akash, who took a break from chess to complete his engineering, came back to the game to earn the prestigious GM title – the passport for further growth.

“His come back is very credible. Generally, if a sportsman takes a long break, it becomes difficult to find his old form. But in Akash’s case, he came back with a bang. He had the self-confidence. The challenge was the changes in technology, techniques and many who are much younger to him have become GM and he has to compete against them,” Visweswaran Kameswaran, a professional chess trainer, told IANS.

In the women’s section, Pratyusha Bodda got her WGM title this year.

* Many GMs started streaming on the social media site YouTube
* 5 persons from Erode, including the two women, were not allowed to write the arbiter’s exam that was held on March 8 despite paying Rs 1,000 each as exam fees
* International Master Atanu Lahiri was selected to train around 50 junior chess players — both girls and boys — in Guyana for three months initially
* In an attempt to safeguard the rights of chess players, the Chess Players Forum wrote to Central government against AICF for not following the National Sports Development Code and also having “draconian anti-player” provisions.