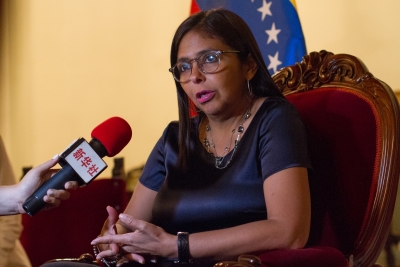 Las Tejerias: At least 22 people died while more than 50 are missing after a landslide in central Venezuela. The landslide was reported after heavy rains caused a river to overflow, Vice President Delcy Rodriguez said on Sunday.

“There was a large landslide in the central area of Tejerias, El Beisbol sector. Five streams overflowed. We are seeing very serious damage, human losses. So far we have already found 22 dead people and more than 52 missing,” Rodriguez said during a broadcast on the VTV channel. In addition, he noted that among the deceased there are minors.

The official indicated that Venezuelan President Nicolas Maduro will declare the area a “tragedy zone” and will announce three-day mourning.

The difficult situation that citizens are experiencing has awakened the solidarity of Venezuelans and several donation collection centres have already been activated in the capital region and in the state of Aragua, local media reported.