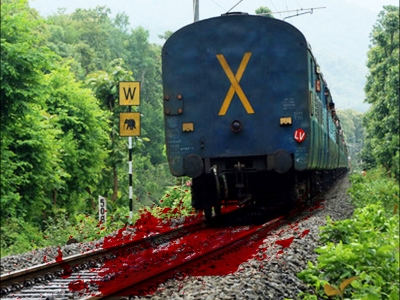 3 hit by train in Jharkhand while taking selfies, 1 dead

Ranchi: Three youths were hit by a goods train while they were taking selfies on a railway bridge in Jharkhand’s Latehar district, resulting in the death of one person on the spot, while the two others were critically injured.

The three, identified as Nasir Ansari, Firdous Ansari and Rizwan Ansari, were taking selfies on the Gala river railway bridge on Sunday evening.

While Nasir fell under the bridge and died on the spot, the two others were taken by family members to Latehar’s Sadar Hospital.

The three were friends.