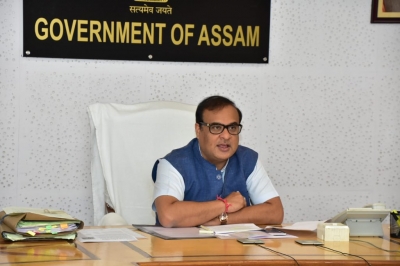 Guwahati:  At least 3,439 militants of different outfits have surrendered in Assam since 2016 and the state government has been holding talks with 11 extremists outfits, including the ULFA (Pro-talk faction), Chief Minister Himanta Biswa Sarma said on Monday.

Sarma, who also holds the Home portfolio, while replying to a question in the state assembly said that till July 6, 1,306 arms, 20,722 different ammunition, 89 bombs, 599 grenades and 121.72 kg of explosives have been seized while 748 arms and 19,299 ammunition were deposited by the surrendered insurgents.

The Chief Minister said that the United Liberation Front of Asom (ULFA) and National Democratic Front of Bodoland (NDFB) are currently banned outfits while the Kamtapur Liberation Organisation (KLO) group is also active.

The state government under the Central government’s Surrender-cum-Rehabilitation Scheme for the northeast militant outfits has taken special initiatives to rehabilitate the militants who surrendered to the government and gave up the path of violence.

Skill development training are being imparted to 1,800 surrendered militants and out of them, 1,192 have been provided Rs 1 lakh to take up some livelihood projects.

Replying to another question, the Chief Minister said that 29,948 posts of various levels of Assam Police are lying vacant, including 15,248 vacancies since 2016.Out of the 15,248 posts lying vacant since 2016, 4,537 have to be filled up through promotions in future, he added.