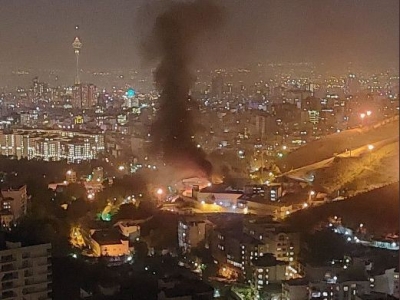 Tehran: At least four inmates died and 61 others were injured in a fire at Tehran’s Evin prison.

“Following last night’s fight between some prisoners of the special ward for theft and financial convictions of Evin prison and the fire breakout in the sewing workshop of this prison … a significant number of prisoners were saved … unfortunately, 4 prisoners died and some were injured,” official news agency IRNA reported on Sunday.

The four prisoners, who died of smoke inhalation, were convicted of theft and serving their sentences in Evin prison, Xinhua news agency reported quoting IRNA.

Among the 61 injured, 51 were treated in outpatient clinics and 10 were hospitalised, four of whom were reported to be in critical condition.

More than 70 prisoners at risk of injury were saved, according to the report.

During the conflict and fire, a number of prisoners convicted of violent and dangerous crimes tried to escape, but failed thanks to security measures, said the IRNA.

Earlier reports said that the fire was ignited following clashes among a number of inmates in the wards which spread to the prison’s clothing storeroom.