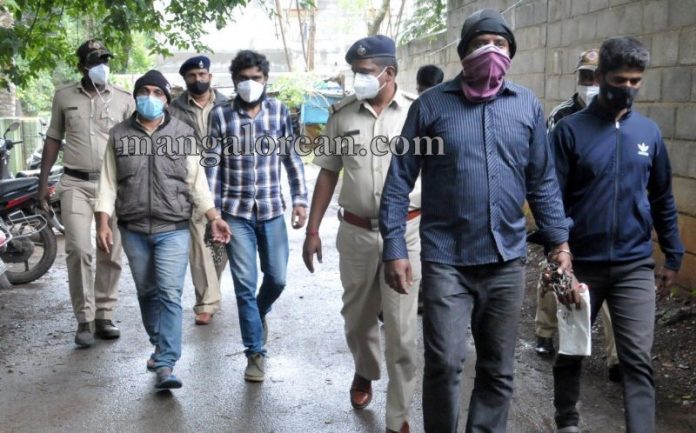 Chikmagalur (Karnataka):  In a significant judgment, the Additional Sessions Court in Chikmagalur in Karnataka has awarded life imprisonment to four accused persons in an acid attack case.

The Judge, Manjunath Sangreshi, also collectively fined them Rs 20 lakh and specified that the entire amount should reach the victim.

Ganesh, Kabir, Majeed and Vinod, all aged between 35 and 38 years, are the convicted persons. On April 18, 2015, the accused persons, on the pretext of asking for an address, had poured acid on victim K.G. Sumana’s face and shoulder in Sringeri town.

Ganesh, who was a classmate of the victim, had secretly nursed romantic feelings towards her, but Sumana had rejected his overtures and got married elsewhere.

Ganesh then spoiled her marriage by poisoning her husband’s mind. When she came back to her home with a child after getting a divorce, he again started pestering her to marry him.

When she flatly refused to marry him, he planned to carry out an acid attack on her and got it executed through his friends, the police said.

The gang had followed her to the entrance of her home and asked for an address. When the victim turned to their side, Kabir and Majeed poured acid on her. Another accused, Vinod, was informing them about her movements. The entire act was planned by Ganesh.

Though there was no direct evidence, ACP Sudheer M. Hegde, then working as the Inspector in Sringeri police station, had investigated the matter and submitted the charge-sheet against the accused persons.

After examining 30 witnesses, 105 documents and other materials, the court gave a 160-page judgment, convicting all the accused persons.

The trial was conducted over five years and 11 months. The judgment was pronounced on July 15.