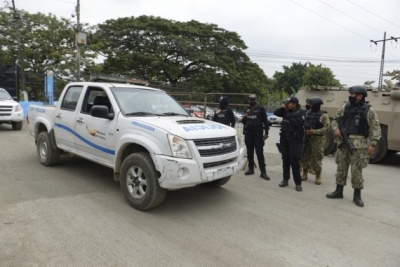 Quito: At least five inmates were killed and another 23 people were injured in the latest riot to roil Ecuador’s prison system, authorities said.

Of the injured in the riot on Wednesday, 18 were inmates and five were police officers, Ecuador’s prison administration agency tweeted on Thursday.

The agency described the riot at a prison in the southwest port city of Guayaquil as a clash between rival gang members, and “expresses its solidarity with the families at this painful time”.

Firearms were used during the melee sparked by drug trafficking gangs vying for control of the prison, according to the agency.

It was the second prison riot this week after Monday’s clash in the central city of Latacunga, which left 16 inmates dead, including a known drug trafficker, and 43 people wounded, Xinhua news agency reported.

Since February 2021, when a wave of riots broke out at various prisons in Ecuador, nearly 400 inmates have been killed in detention, official statistics show.