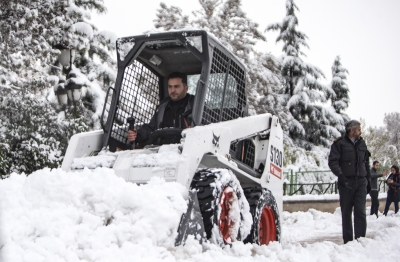 Tehran: At least 6 mountaineers were killed after heavy snowfall in the northern heights of Iranian capital Tehran, a rescue and relief official said here.

At least 18 others are missing according to the latest reports, Xinhua news agency quoted Mehdi Valipour, head of the Red Crescent Rescue and Relief Organization of Iran, as saying on Saturday.

After the dead bodies are transferred down from the mountains, and after the completion of identification process by the forensic medicine, they will be handed over to their families, said Valipour.

Currently, 16 teams from the Red Crescent Society are searching the northern heights of Tehran for the missing people, he said, adding that “rescue operations are continuing in the area”.

According to local media, the incident took place due to heavy snowfall and a subsequent avalanche over the past two days.