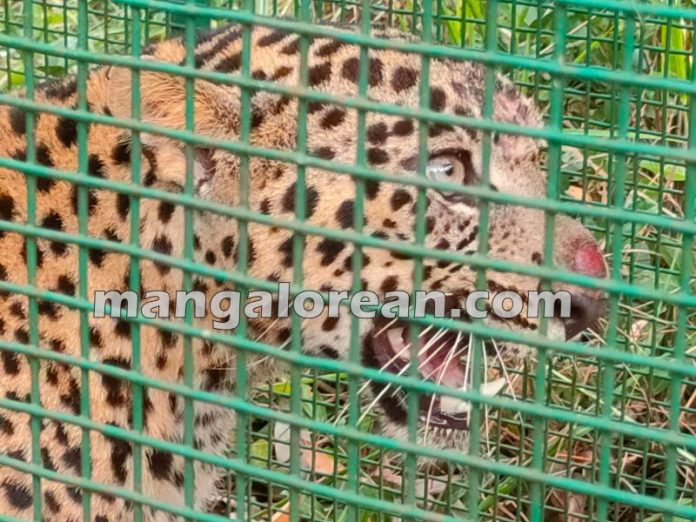 Brahmavar: A 6-year-old female leopard was found trapped in a cage placed at Matapadi near Brahmavar during the wee hours of October 5, 2022. 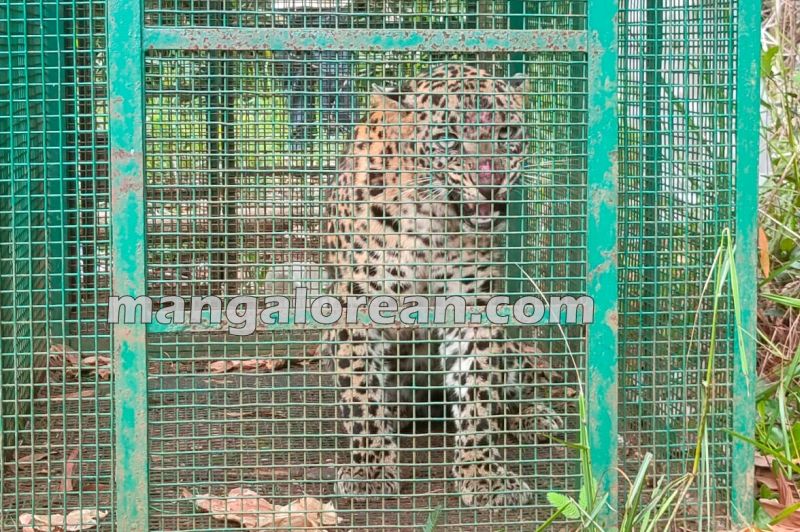 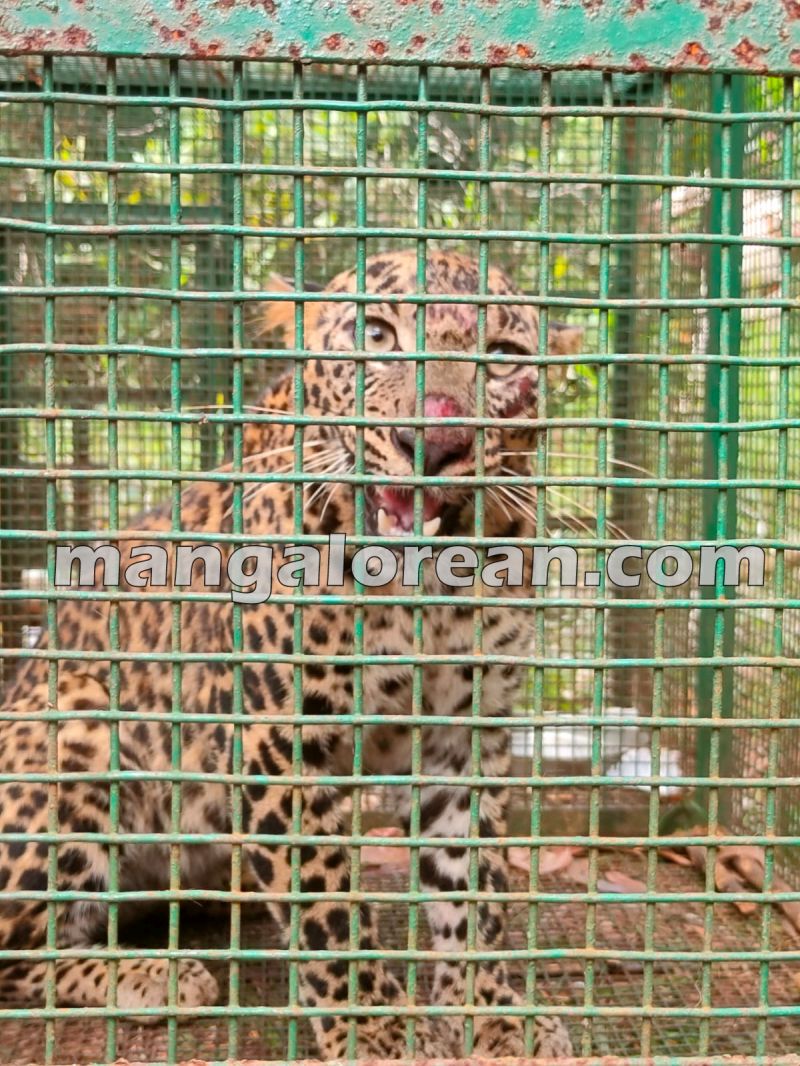 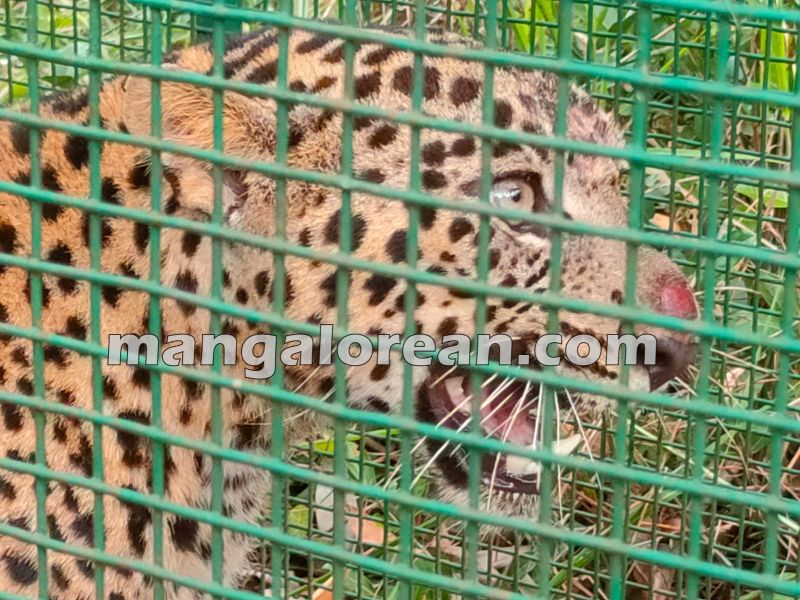 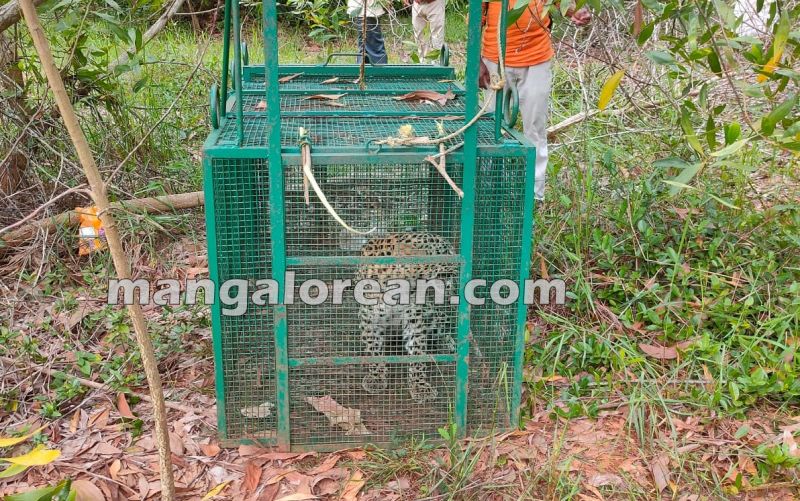 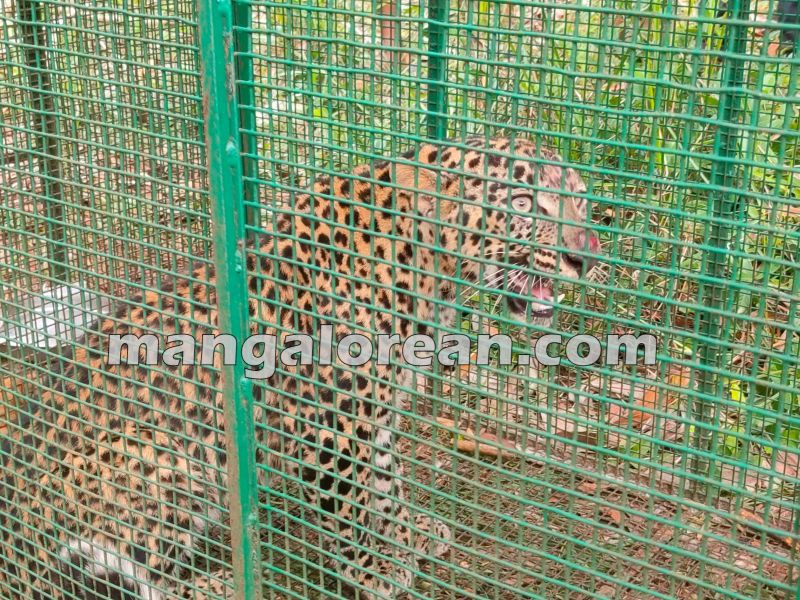 In the wee hours on Wednesday, officials got a call that the leopard had been trapped in the cage. The forest officials and personnel reached the spot and took the cage. 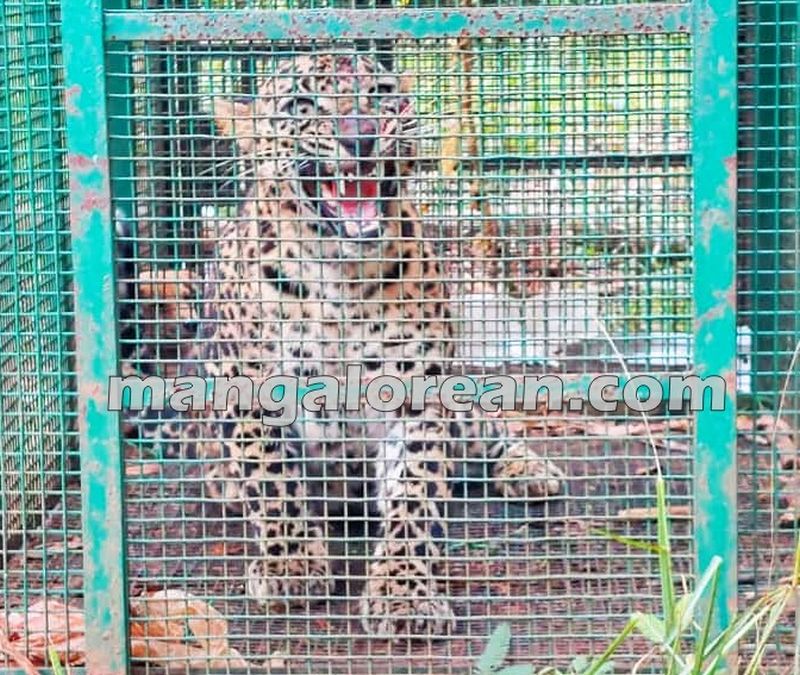 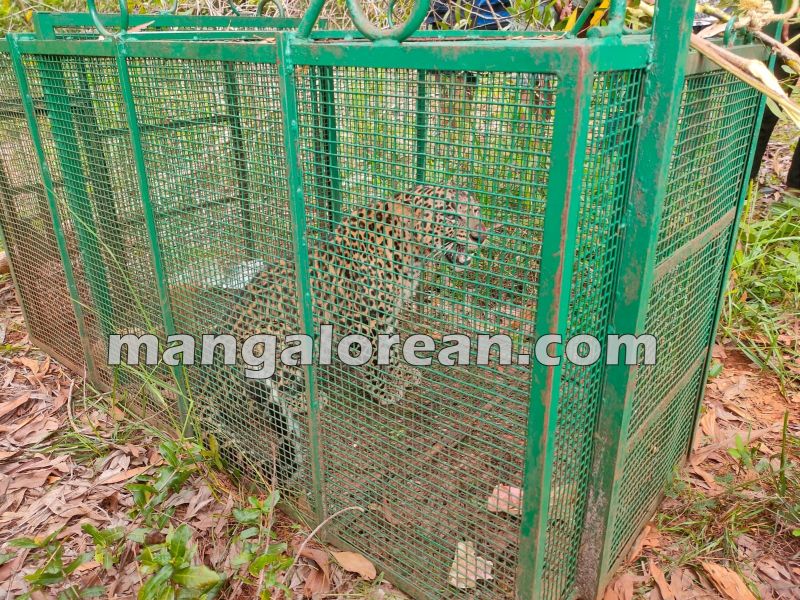 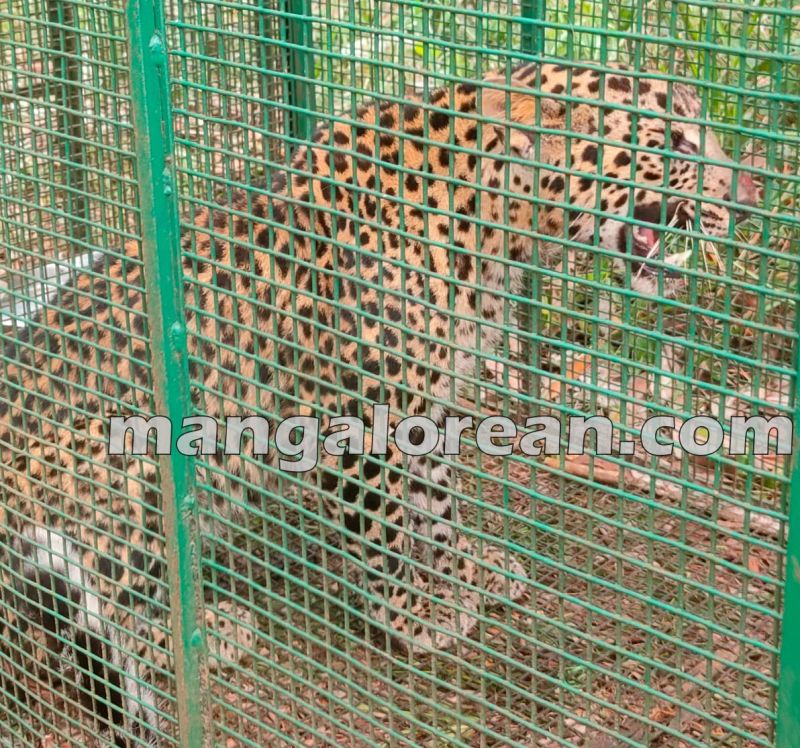 According to forest officials, the leopard is safe and healthy and will be released soon into the forest.