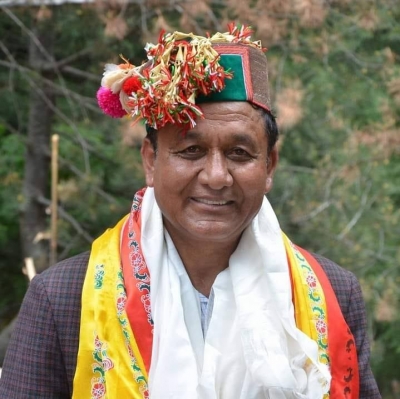 Shimla: Ahead of the Assembly elections in Himachal Pradesh due on November 12, the Association for Democratic Reforms and the Himachal Pradesh Election Watch on Saturday said that 60 of the 68 legislators have asked a total 8,069 questions in the state Assembly session in last five years.

Jagat Singh Negi of the Congress, who is in the fray again from the Kinnaur Assembly constituency, has asked a maximum of 482 questions.

In the forthcoming Assembly elections, the BJP has swapped the seats of senior leaders Ravinder Singh Ravi and Dhawala. Ravi, a former Minister, will fight from Jawalamukhi, while sitting legislator Dhawala has been shifted to Dehra Assembly constituency.

While Dhawala won the 2017 Assembly elections, Ravi lost to the Independent MLA Hoshyar Singh, who later joined the BJP but denied party’s nomination to enter the fray at the last minute.

Five-time Congress legislator Ram Lal Thakur is not in the fray this time as he resigned in September as Vice-President of the party committee citing “displeasure” over its working.

Party-wise the lone CPI-M asked 334 average number of questions in the state Assembly, while the BJP’s 38 legislators asked 105 questions. Twenty-one members of the main Opposition, the Congress, asked 179 questions.

The highest number of questions of 1,073 were related to the Public Works Department, followed by Jal Shakti Ministry (751), Health and Family Welfare (699) and Higher Education (508).

Questions related to the Industries Department were the lowest at 204.

A total of 54 Bills were tabled and all passed in the state Assembly. Sixteen of them passed on the same day while five Bills took five days each for passing it in the House.

The BJP had won a majority in the 2017 Assembly polls with 44 seats in the 68-member state Assembly.