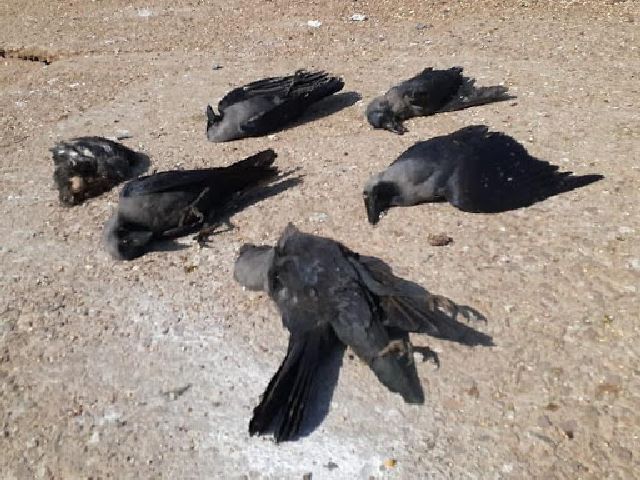 Mangaluru: Amid fears of bird flu spread in neighbouring Kerala, seven crows were found dead at different places in Mangaluru on Monday.

Three crows were found on the road near Pacchanady dumping yard, two near Shaktinagar housing colony and two more near the Kuppepadavu school road, sources in the state health department said. Health officials have visited the spots and collected samples.

It may be recalled that six crows were found dead in Manjanady near here recently and samples collected from them had tested negative for bird flu.

Health Minister K. Sudhakar had stated a couple of days back that there were no cases of bird flu in Karnataka and all the samples tested so far have returned negative.

He had also directed the health officials in the border districts to be vigilant in the wake of an avian flu outbreak in other states, including Maharashtra and Madhya Pradesh.

Four districts in southern Karnataka bordering Kerala have been put on alert following the outbreak of bird flu (H5N8) in the neigbouring state.

“We have put four districts bordering Kerala — Chamarajanagar, Dakshin Kannada, Kodagu and Mysuru — on alert and taken steps to prevent bird flu spread from the adjacent state though no case of the disease has been reported in Karnataka so far,” a state animal husbandry department official had told IANS on January 7.

The animal husbandry department has also set up kiosks at border check-posts to monitor vehicles from Kerala to ensure chicken and eggs are not allowed to enter the districts without certification.

The Union Ministry of Animal Husbandry, Fisheries and Dairies on Monday said that avian influenza has been confirmed in 10 states of the country till date. The 10 states are — Rajasthan, Gujarat, Uttarakhand, Delhi, Maharashtra, Kerala, Himachal Pradesh, Madhya Pradesh, Haryana and Uttar Pradesh.

Avian influenza or bird flu is a contagious viral disease caused by influenza type A viruses, which affect poultry birds like chickens and turkeys.