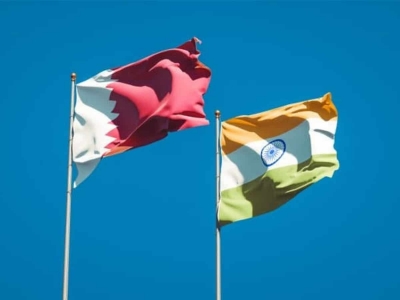 Eight former Indian Navy men have continued to languish in a Qatar jail for the past 72 days despite New Delhi sending a senior official to help secure their release.

New Delhi: Eight former Indian Navy men have continued to languish in a Qatar jail for the past 72 days despite New Delhi sending a senior official to help secure their release.

Charges against the eight men, who were picked up on August 30 by Qatar’s intelligence agency, remain unknown.

They were working at the Dahra Global Technologies and Consultancy Services, a company which trains the Qatari Emiri Navy and provides logistics services and equipment maintenance.

The Ministry of External Affairs (MEA) said last week that the Indian Embassy in Doha is making all possible efforts for the early release and repatriation of the eight men.

“We are aware of the detention of eight Indian nationals who we understand were working for a private company in Qatar,” MEA spokesperson Arindam Bagchi said.

“Our Embassy and Ministry are in touch with the families. Our embassy there is making all possible efforts for the early release and repatriation of the detained Indian nationals.”

Among the eight Indians in custody is Commander Purnendu Tiwari (retd), the managing director of the Dahra Global Technologies and Consultancy Services.

The company’s website does not show any details now. It says ‘under maintenance’ and ‘coming soon’.

Notably, the CEO of the company, Khamis Al Ajmi, is himself a retired Squadron Leader from the Royal Oman Air Force.

Expressing concern about her brother’s health, she said he is a senior citizen suffering from diabetes and other ailments.

The arrested men were allowed to speak to their families over the phone in September and were granted consular access, first on October 3 and then again in the first week of November, as confirmed by Bagchi.

“The detained persons have also spoken to their family members on a few occasions. We have requested another round of consular access and we are following up with Qatari authorities on this,” he said.

The Indian embassy in Doha became aware of the arrest in mid-September.

They men are kept in solitary confinement, according to local media reports.

The last bilateral maritime exercise between the Indian Navy and Qatar Emiri Naval Force, was conducted between August 9-14, 2021 in the Persian Gulf.