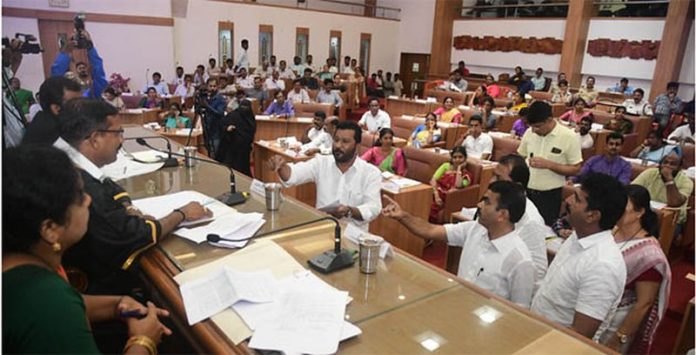 Mangaluru: The ratification of an agenda naming a junction in Surathkal after Veer Savarkar led to the commotion with Opposition parties Congress and SDPI raising objections to the proposal, here at the Council meeting of the Mangaluru City Corporation on Saturday, 29 October 2022. As the meeting commenced, Opposition leader in the council Naveen D’Souza and SDPI member Shamshaad Aboobakkar raised objections to the ratification of the agenda that was tabled in the council meeting on September 30. 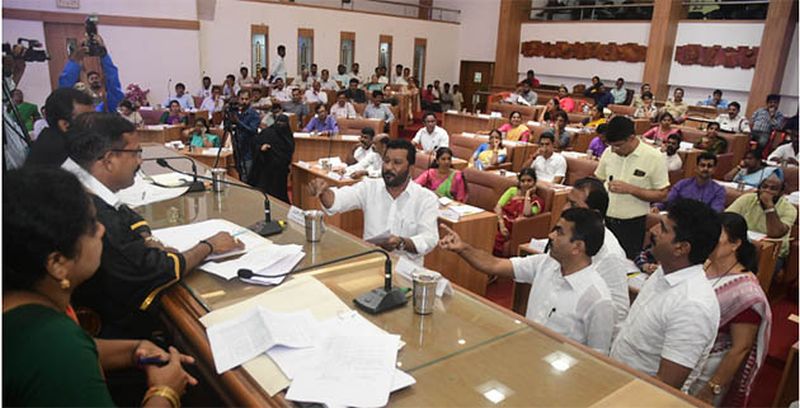 The meeting witnessed corporators from the BJP shouting the slogan ‘Deshapremi Veer Savarkar ki Jai’ (hail patriot the brave Savarkar) when the opposition entered the well of the house. Opposition members shouted slogans against Savarkar and demanded that the agenda should not be ratified. Meanwhile, Chief Whip in the Council Premananda Shetty said the proposal to name a junction after Savarkar was mooted by Mangalore City North MLA Dr Y Bharath Shetty. The council, in its meeting on October 30, 2021, had referred the proposal to the standing committee”. 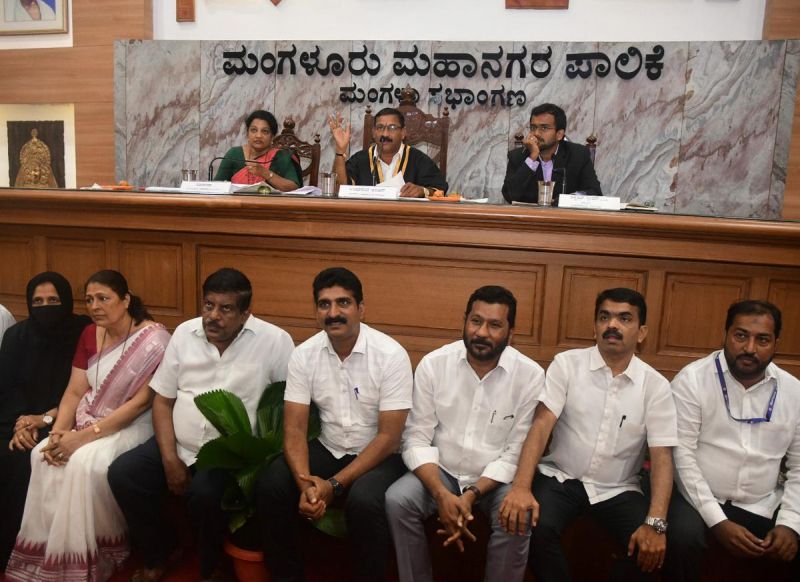 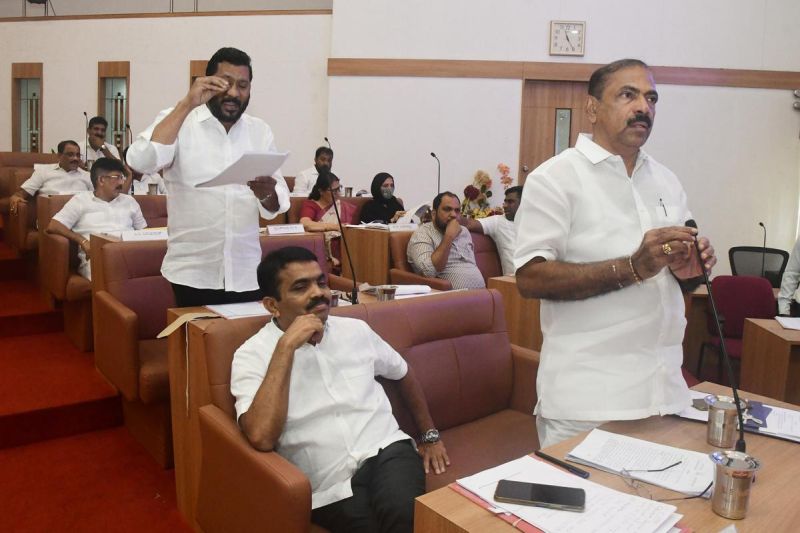 D’Souza said that the proposal on naming a junction in Surathkal after Savarkar was tabled in the previous council meeting, as a supplementary agenda. “Hence, opposition members could not go through the subject during the meeting. Corporator Abdul Ravoof from the Congress said that only those agendas related to emergency work can be tabled in the council as a supplementary agenda. All other agendas should be brought to the notice of corporators in advance,” he said. 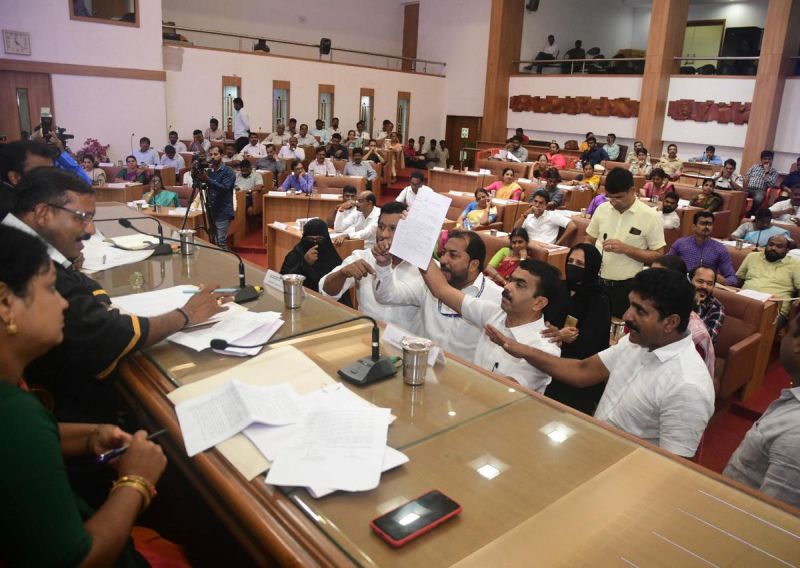 During the vociferous arguments, a corporator from the BJP compared Tipu Sultan to a pig, while the Congress termed Savarkar a traitor. When opposition members entered the well of the house and disrupted the proceedings, MCC mayor Jayanand Anchan adjourned the meeting for a while. The mayor said that no supplementary agenda will be tabled from the next council meeting. 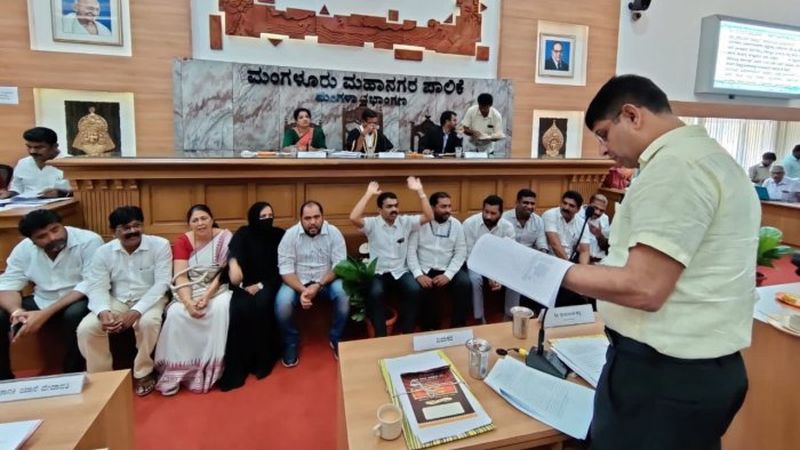 Later, when the meeting resumed, amidst the opposition’s protest, the council resolved to refer to agendas, including the naming of the road from Collector’s Gate in Balmatta to Ambedkar Circle, after educationist Attur Sadananda Shetty of Shree Devi Educational Institutions and naming the Jeppu Fish Market Junction after freedom fighter N S Kille, to the Town Planning and Reforms Standing Committee for a report. Further, the council also approved an agenda of installing a bust of Chatrapati Shivaji at Pumpwell Mahaveera Circle, mooted by the Chattrapati Shivaji Maratha Association.