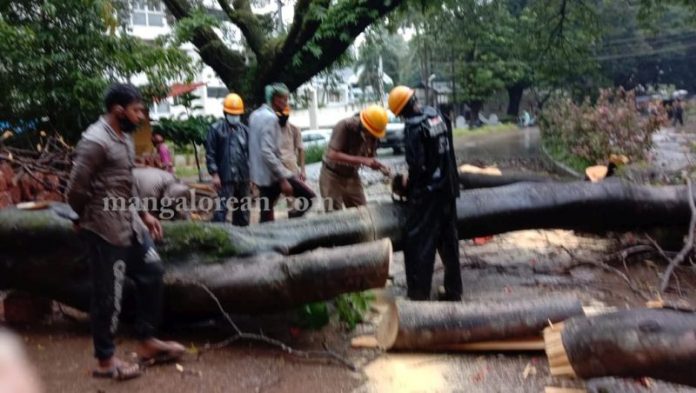 Mangaluru: A dead tree which was sitting idle for years near the Mallikatta Library, opposite to Mallikatta Neuro Centre, got uprooted due to heavy winds and rain during late night hours, and landed in the middle of the road causing obstruction to traffic movement. Luckily the incident happened late at night, and as there was no traffic and pedestrians, there were no injuries or damages done. Since the tree didn’t have a strong base, it got uprooted due to the winds. Tree cutters and fire brigade personnel are at the scene trying to clear the road. 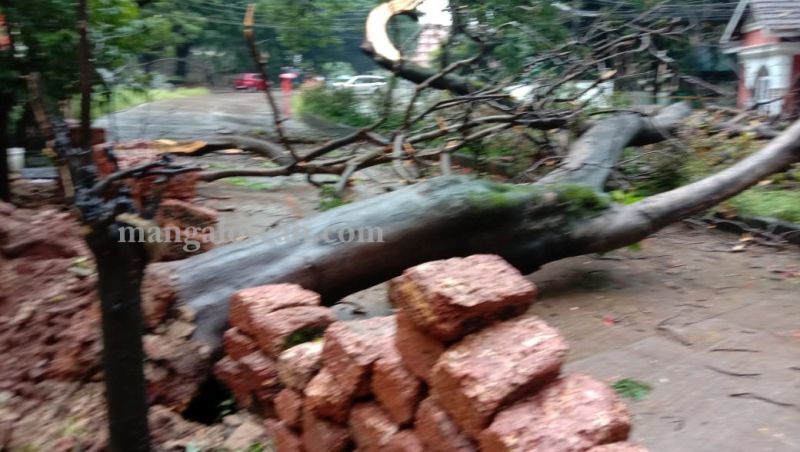 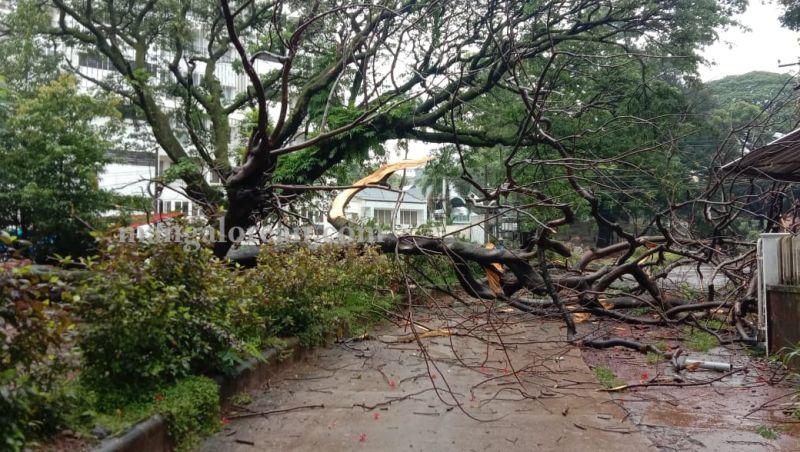 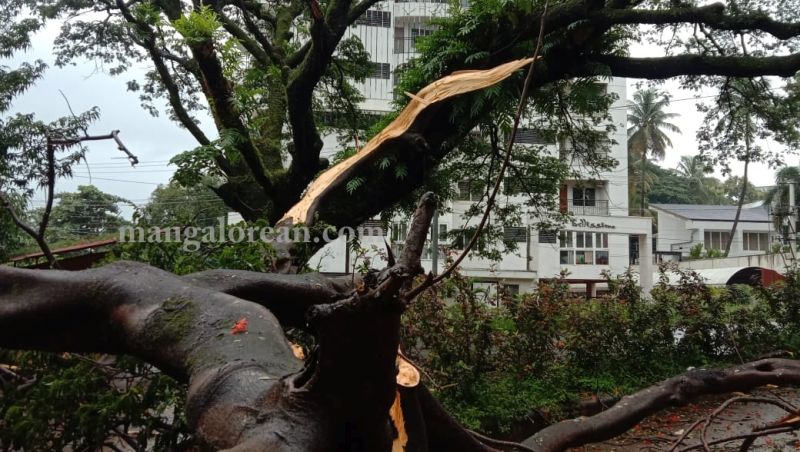 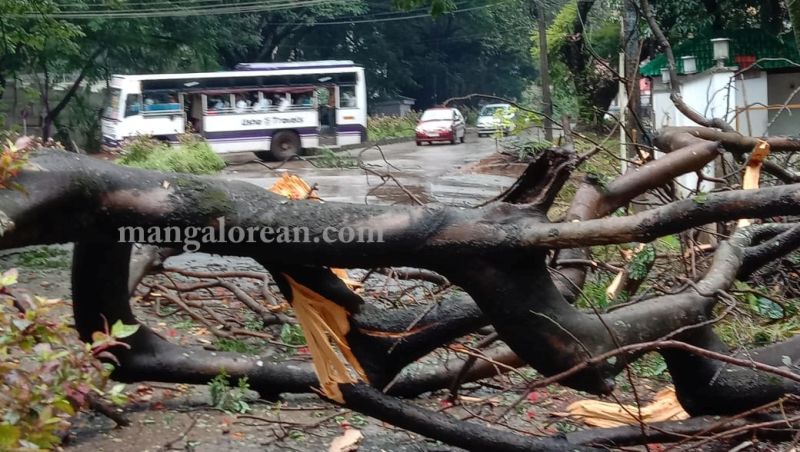 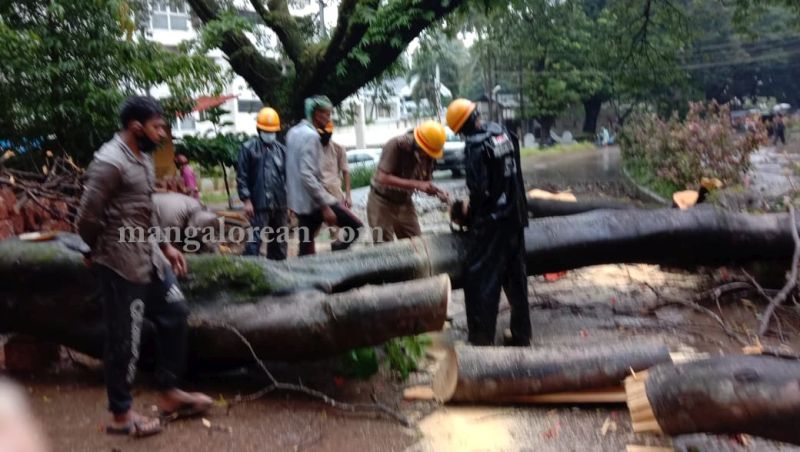 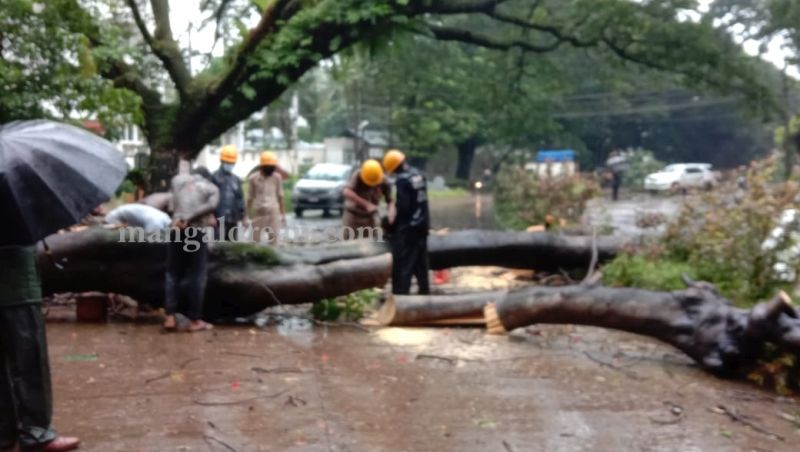 Now that the tree got uprooted on its own due to strong winds, it is one headache less for Mangaluru city Corporation to face any criticism or objection from the activists/environmentalists, if they had to cut down that tree during the ongoing work of Mallikatta Park . Similarly there are quite a few old trees on that stretch of that road which may get uprooted or come crashing down during the treacherous monsoon weather, and the concerned authorities have turned a blind eye. So coming to the point, lately while scores of old trees have fallen all over the city following strong gales, resulting in damages to vehicles and property, why haven’t the concerned authorities taken any precautionary measures. Most of the trees had no room for their roots to spread out and this led to gradual decay. In other cases, growing trees had their branches cut regularly on one side, because they leaned on to private property; the trees grew up lopsided and leaned far on to the roads. This means their remaining branches too were regularly being trimmed and they lost strength. 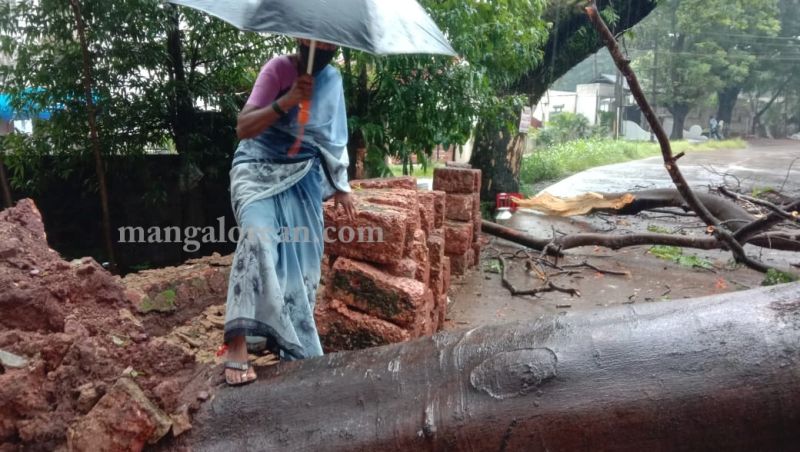 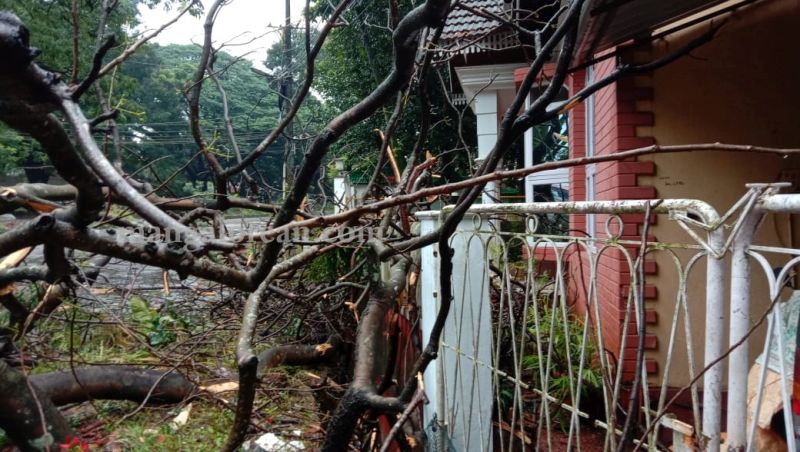 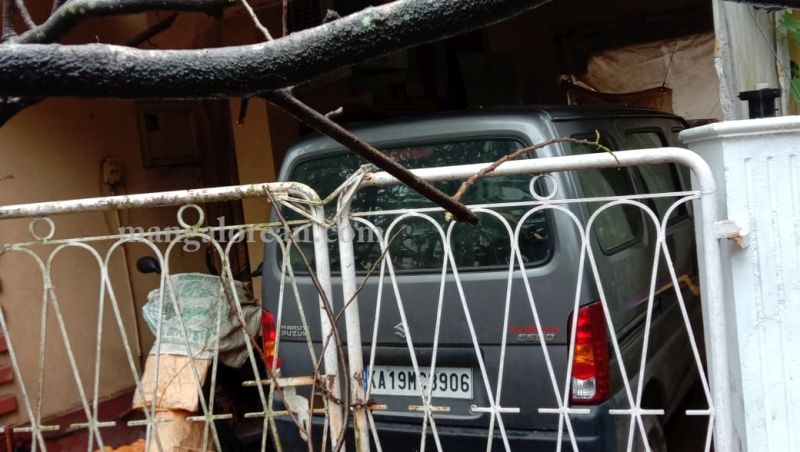 The concerned authorities are expected to monitor a city-wide “tree census” to determine how many trees are really a danger to traffic or at risk of falling down during heavy rain and strong winds. Trees which are unable to bear the air pollution and decaying should also be identified. But it seems like no one is doing their job right- and as a result we have trees come crashing down on vehicles etc now and then. A few officials from MCC say that when they are ready to trim or cut down old and hazardous trees, they are usually stopped by environment activists or Forest dept officials- so they are in a fix. On the other hand, the problem with our MCC authorities is that they wait till the trees fall, and then only take action–like many trees that had fallen due to rains recently. 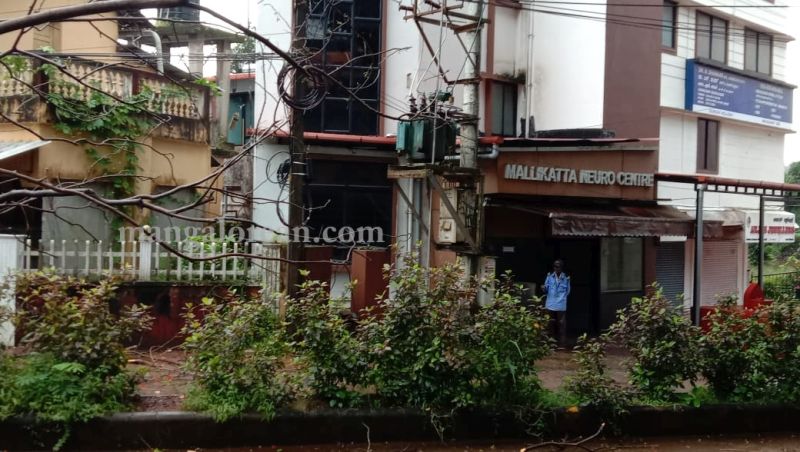 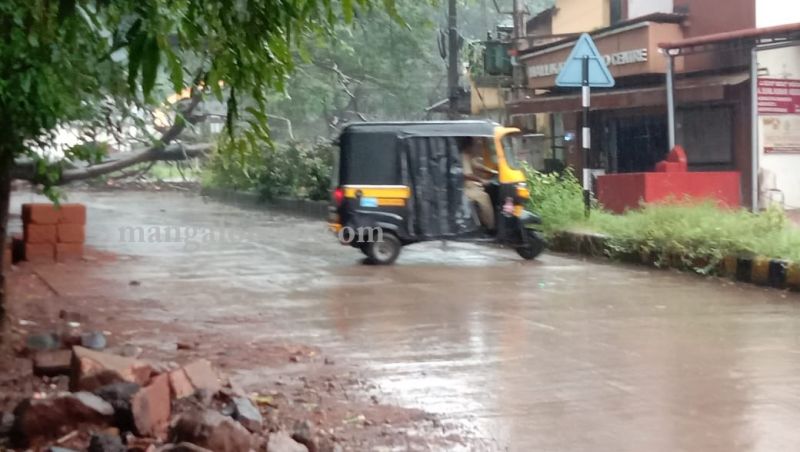 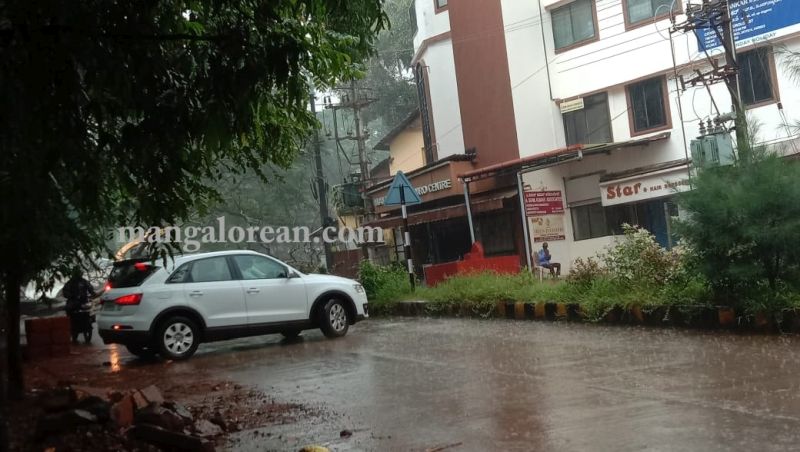 The safety of pedestrians and of all road users should be the first and most important priority for National Highway authorities and also local authorities and also for a State body that has responsibility in this area. Some of these trees may have disease, which is a clear indication of root rot. Through this report Team Mangalorean is asking as a matter of urgency with the concerned people at MCC and Forest department that old and hazardous trees are inspected and that those that appear in any way dubious should be promptly removed, before they crash down resulting in injuries or death to motorists or pedestrians. And for every tree that is cut, plant 100 more trees, so at least human lives could be saved ,and also prevent damages to property and vehicles.

Huge Banyan Tree Falls on Road at Kankanady, one Injured