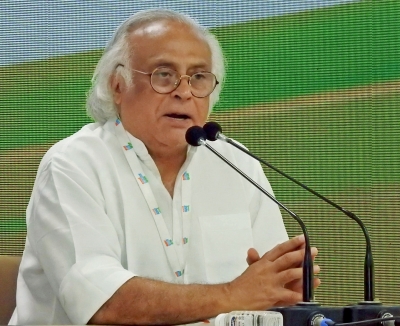 Claiming that the fight in Gujarat is between Congress and BJP, he said Aam Aadmi Party (AAP) entered the fray to cut into Congress votes.

He was addressing a news conference during Rahul Gandhi’s Bharat Jodo Yatra which entered Hyderabad this morning.

He alleged that through advertisements issued by AAP governments in Delhi and Punjab, a false impression was created about the party’s strength. “In Gujarat the fight is between Congress and BJP. AAP is the B team of BJP. AAP is contesting to divide the Congress votes,” he said.

The Congress MP also trained guns on Majlis-e-Ittehadul Muslimeen (MIM) and described it as B team of BJP. “Both AAP and MIM are B team of BJP who contest elections in various states to cut into Congress votes,” he said.

Replying to a query, he said MIM was earlier part of UPA and on the oxygen cylinder of Congress. “Today MIM is on BJP’s oxygen cylinder. MIM gives booster dose to BJP. They are together.”

He virtually ruled out Congress renewing friendship with MIM. “The way they are busy contesting elections in Bihar, Uttar Pradesh, Maharashtra and other states at BJP’s instance to cut into Congress votes, I don’t think this will happen,” he said.

He remarked that a divorce has taken place. “This is a single Talaq, not triple talaq,” he added without elaborating.