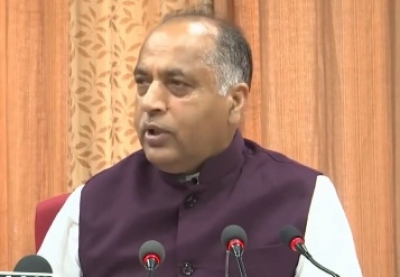 The AAP, in its maiden Assembly fray in the state, on Wednesday released its second list of 54 candidates. The party had earlier announced candidates for four constituencies — Fatehpur, Nagrota Bagwan, Paonta Sahib and Lahaul-Spiti.

The party has fielded former BJP minister Ravinder Singh Ravi from Sullah. It has given tickets to three women candidates — Manisha Kumari from Nurpur, Pooja Thakur from Sundernagar and Rajni Kaushal from Bhoranj.

The state ruling BJP on Wednesday released its first list of 62 out of 68 candidates with many surprise seat changes of senior legislators, and 11 lawmakers not getting the party’s renomination.

The Congress has announced the first list of 46 candidates.

After its maiden resounding win in neighbouring Punjab in February, AAP fast-tracked its political activities in the hill state.

But as the Assembly elections draw closer, its momentum in the state, where it is yet to field a credible mass face, has been slowing down with the top leadership focusing on strengthening its vote bank in poll-bound Gujarat.

Politically, a bright spot for the AAP at this point of time is the Communist Party of India-Marxist (CPI-M) announcement to extend support to the party on the seats it is not contesting. The CPI-M has a lone legislator in the Assembly.

Barring social media campaigns, AAP’s central leadership has not been seen on the ground for over a month now, a political observer told IANS.

He said the political momentum lost steam with the arrest of Delhi minister and the party’s state in-charge Satyendar Jain.

A section of AAP leaders told IANS that Jain’s arrest impacted the party’s forays into the state’s political landscape that is divided between the traditional parties — the Congress and the BJP, which have ruled the state alternatively since 1985.