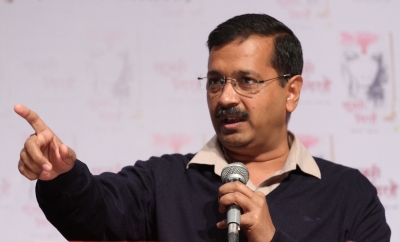 “We were holding a march along with Isudan Gadhvi and Mahesh Swami and when we reached Junagadh, BJP goons, standing in groups, attacked us. They damaged several vehicles and 10 party workers were injured,” Gujarat-based AAP volunteer Gulab Singh told IANS over telephone.

After the incident, hundreds of party leaders and workers have gathered at a local police station and have been demanding arrest of those behind the incident, he added.

Asked if the party lodged a complaint with the police, Gulab Singh said: “We all are standing outside the police station and demanding for arrest. We will file a complaint soon.”

He also told IANS that the party has launched a mass campaign under which leaders and party workers will visit door-to-door and register public grievances.

“During the visit, party workers will also collect information such as if any death occurred in the family due to Covid and what the state government is doing for the people,” he added.

Reacting to the incident, AAP chief and Delhi Chief Minister Arvind Kejriwal, in a series of tweets, said: “BJP is scared of AAP’s strong entry in the Gujarat civic polls and its ever-increasing support base.”

“If people like Isudan and Mahesh Bhai are being attacked openly in Gujarat then no one is safe in Gujarat. This violence is your anger, your defeat. Win the hearts of people by giving them good facilities, don’t scare them by attacking the opposition. These people are not afraid.”

In another tweet, Kejriwal said that he has spoken to his Gujarat counterpart Vijay Rupani and urged him to file an FIR and arrest the culprits.

“Spoke to Vijay Rupani ji. Urged him to file FIR, arrest the culprits, ensure strong action against culprits and ensure protection of AAP leaders and workers.”