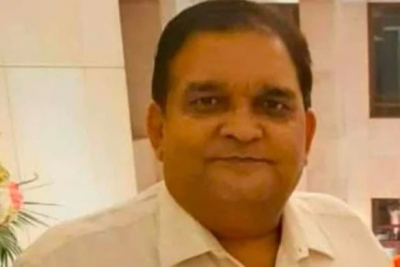 Agra:  After being kidnapped for more than 30 hours, a top Agra doctor, Umakant Gupta, was finally rescued from the ravines by a joint team of Uttar Pradesh and Rajasthan police.

A woman, who had allegedly honey-trapped the doctor, leading to his abduction, has been arrested.

The kidnapping was done by the Badan Singh Chauhan gang that wanted a ransom of Rs 5 crore.

According to police sources, the doctor received a phone call on Tuesday night and went out. He did not return and his car was found abandoned in Dholpur in Rajasthan. The police detained the driver of the car, Pawan.

Pawan disclosed that a woman, Mangla Patidar, 30, had been asked to “seduce” the doctor.

Patidar, who is from Maharashtra, is a member of the Badan Singh gang, which had abducted another doctor from Agra, Nikhil Bansal, in 2017. He was later released on payment of an undisclosed amount as ransom.

Patidar had asked the doctor to meet her at the otherwise busy Bhagwan Talkies. They drove to the desolate Rohta canal, where five men came on three bikes — one of them was 27-year-old Badan Singh.

The four other men overpowered Gupta and drove off with him to the Chambal ravines while Singh left with Patidar.

SP (Agra city) Botre Rohan Pramod said, “Cops from Rajasthan and UP teamed up for the operation. The place where the doctor was last seen was 25 km from the nearest police station. They had crossed the river. We had to follow, on foot.”

“Just as they were crossing the river, they saw a few men running towards the valley. By the time police crossed the river, they had disappeared. They were probably informers,” the SP said.

The police teams spread out and started scanning village after village and for hours, they made no headway. In the wee hours of Thursday, they finally found the doctor — beaten up and shivering — near Bamroli village.

The gang had fled, leaving him there.

Gupta told reporters, “I had got to know the woman 15 days ago. She had come to my nursing home for her brother’s treatment.”

He denied the ‘honey-trap’ narrative. “She had called me up and asked me to meet her. She got into my car, said I was in trouble and asked me to do as she said. It was only the second time I had seen her,” he said.

She had introduced herself to Gupta with a fake name, Anjali.

The woman Mangla Patidar has been traced and arrested. Five others — Badan Singh and other unnamed accused — have also been booked for abduction at Etmaddaula police station in Agra.

Police have announced a Rs 1-lakh reward for information about Singh and Rs 25,000 for the other accused.

ADG (Agra zone) Rajeev Krishna said, “A letter demanding ransom of Rs 5 crore was found at the doctor’s house. It will be sent for forensic analysis. CCTV footage of the area is also being checked.”

The additional chief secretary (home) and the UP DGP have announced a reward of Rs 2 lakh for each policemen in the rescue team.