Home Fit & Fun Entertainment Ajay Devgn: Growing up on film sets has made me the artiste... 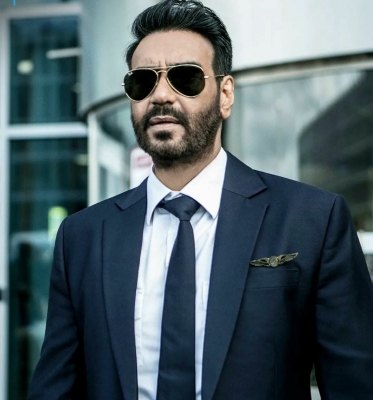 Ajay Devgn: Growing up on film sets has made me the artiste I’m today

Mumbai: From being an actor, director to producer, Ajay Devgn is known for donning multiple hats. In 2008, he directed and produced ‘U Me Aur Hum’, he also produced and acted in ‘Raju Chacha’ and in 2022 he directed ‘Runway 34’ which is inspired from an incident of a flight from Doha to Kochi in 2015.

Ajay shared that having grown up on film sets (his father Veeru is a renowned action director) has armed him up with various skills of filmmaking.

The actor said: “I have grown up on film sets, from assisting to handling the camera, from editing to taking up small tasks on the sets. These experiences have contributed to the kind of artiste I have transformed into today. As an actor, I’ve always liked the challenges.”

‘Runway 34’ is a riveting story of aviation clubbed with courtroom drama. Along with Ajay, it features Rakul Preet Singh and Amitabh Bachchan.

Ajay further shared what he liked about the film: “Exploring something new interests me a lot. This genre, aviation drama, is fairly new in the country and it’s a genre that I really enjoy. The script has a lot of drama, thrill, emotion and suspense. In order for audiences to experience the situations with us, everything had to feel real, the aircraft, the cast, the environment.”

“I think reality will grip the audience the minute they set eyes on their screens”, he added.

Briefing about her character, Rakul added: “My character plays the first officer in the film, who is stuck in a conflict which adds to the drama of the film. This marks a milestone in my career as it was a unique role and very challenging at the same time.”

“Through the whole process Ajay Devgn truly inspired me because of the way he juggled his roles as an actor, director and producer on the set. And top of all, collaborating with Amitabh Bachchan was like a dream come true. Being on the same set as him really allowed me to learn so much,” concluded Rakul sharing how it was to share screen with Big B and Ajay.

‘Runway 34’ will have its world television premiere on Zee Cinema on Saturday, 8 p.m. IST.