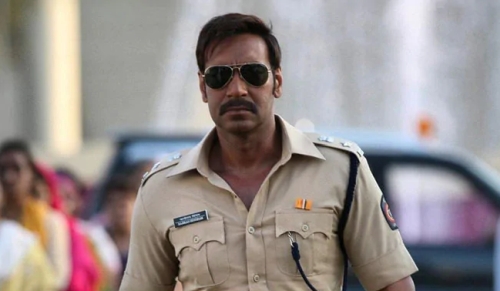 New Delhi: Ajay Devgn has delivered many box office hits during his tenure in Bollywood but it wouldn’t be wrong to say that Singham counts as one of the most iconic characters played by him on screen. As Singham clocked 8 years on Tuesday, the 50-year-old actor, who played the titular role in the film, shared a post on his Instagram profile, in which he thanked his fans for all the love that the film received. “Galat kya hai woh jaanne se koi fark nahi padta, galat ko sahi karne se padta hai. 8 years to invincible dialogues, car rattles, power-packed action and the fearless character Bajirao Singham. It’s the love of the audience Singham still roars this loud,” wrote Ajay.

Ajay Devgn played the role of a righteous cop named Bajirao Singham in the film, which was directed by Rohit Shetty. The film also featured Kajal Aggarwal, Prakash Raj and Sonali Kulkarni in pivotal roles. The film emerged as a hit and the box office. The film’s second installment Singham Returns, which released in 2014, was also a super hit. The film resonates with today’s generation through its catchy dialogues, the high-octane action stunts and Ajay Devgn’s straight face humour.

Singham was the first film from Rohit Shetty’s cop universe. What followed suit was a series of other cop based films including Simmba, starring Ranveer Singh and Sooryavanshi, which will star Akshay Kumar in the lead role.