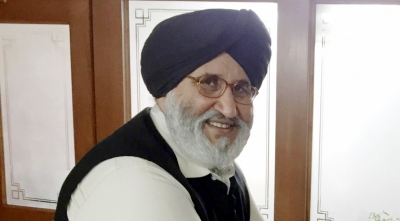 Chandigarh:  The Shiromani Akali Dal (SAD) on Sunday asked the Punjab AAP unit to tell people of the state whether Delhi Chief Minister Arvind Kejriwal had taken it into confidence before filing a petition in the Supreme Court seeking the closure of the thermal plants of Punjab.

It also asked AAP Punjab leaders to explain why it was maintaining silence on such a sensitive issue linked to the progress and prosperity of the state.

In a statement here, SAD spokesman Daljit Singh Cheema said the Punjab AAP leaders, including state convener Bhagwant Mann, were in the habit of holding press conferences every day but had failed to react to the “anti-Punjab” step of Kejriwal till now.

Cheema said the Punjab AAP unit owed an explanation to Punjabis. “They should tell whether they had been taken into confidence before a petition was filed by the Delhi government seeking closure of the thermal plants in Punjab. If they had been informed about the same, they should tell Punjabis why they did not raise any objection and why they were keeping quiet till now.

“The AAP leaders of Punjab should tell whether they had sold their conscience and were ready to even sell off the interests of Punjab solely to save their positions in the party as well as secure their assembly tickets in the forthcoming election.”

The SAD leader claimed that it was now increasingly clear that Kejriwal had deliberately filed a petition in the apex court with the sole purpose of worsening the power crisis in Punjab by forcing the closure of its thermal plants.

“Kejriwal wanted to play politics on the misery of Punjabis after ruining their agriculture and industry. The silence of the Punjab AAP unit proves that it was also an accomplice in this conspiracy.”

Asserting that this was not the first time that AAP had pursued an anti-Punjab agenda, Cheema said earlier also on the issue of Satluj Yamuna Link (SYL) canal, Kejriwal had pretended to side with the farmers of Punjab but had simultaneously filed an affidavit in court saying Delhi and Haryana also had right to SYL water and that the canal should be built.

“Kejriwal also filed an affidavit in a court demanding criminal cases be registered against farmers indulging in paddy stubble burning even though he professed to express sympathies with the farmers of Punjab,” he added.