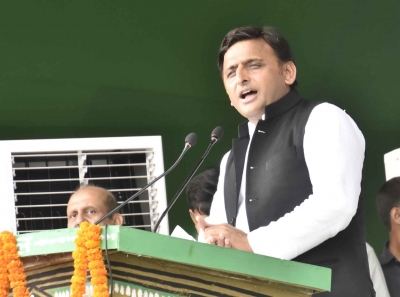 Lucknow: Samajwadi Party National President Akhilesh Yadav on Tuesday flayed the BJP-led Centre and said the biggest problem of the government is that it considers itself a “representative of money power” and not as “public representative”.

Yadav on Tuesday tweeted, “The biggest problem of the BJP government is that it considers itself a ‘representative of money power’ and not as ‘public representative’, that is why it is putting the farmers at stake for the sake of a few rich industrialists. The BJP is forgetting that it is harming those who comprise two-thirds of the people in a nation struggling with a crisis but never give up.”

Earlier, Yadav said, “The BJP government has given the farmers another date after holding fruitless talks. Every time half of the day passes away so holding talks at 2 pm, it seems that the BJP government is working half-heartedly for half the time only to prolong the farmer agitation so that the spirit of the farmers breaks. But they are unbreakable and are going to break the ego of these people in power.”