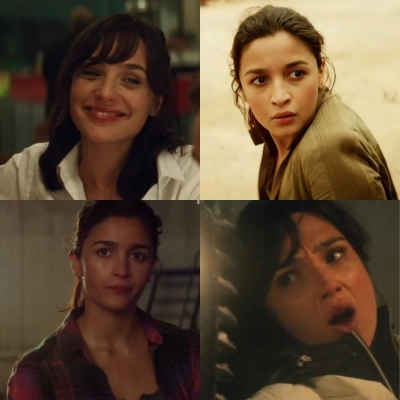 Mumbai: Alia Bhatt took to Instagram on Saturday night to share the first teaser of the spy action thriller ‘Heart of Stone’, helmed by the British director Tom Harper (‘Peaky Blinders’ and ‘War and Peace’).

The teaser is loaded with high-adrenaline action showing Gadot doing what she’s best at — kick some hostile ass. “Rachel Stone lives off the adrenaline she’s addicted to,” says Gadot in the teaser.

“It is going to be extremely epic … a super grounded raw action thriller,” she promises her fans, who are eagerly awaiting the film’s 2023 release on Netflix.

Says Alia: “It has these characters that you really connect with and feel.” To which Gadot adds: “We really wanted to keep it realistic so that people can feel the pain.”