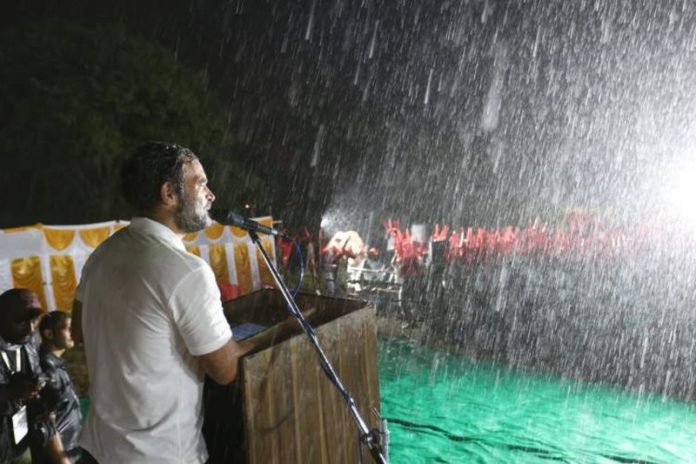 Bengaluru: Undeterred by the inclement weather on Sunday, Congress leader Rahul Gandhi addressed a public meeting in Mysuru on the third day of his Bharat Jodo Yatra in Karnataka. Even as the rain continued to drench everyone, Rahul Gandhi continued to speak to the enthusiastic crowd. 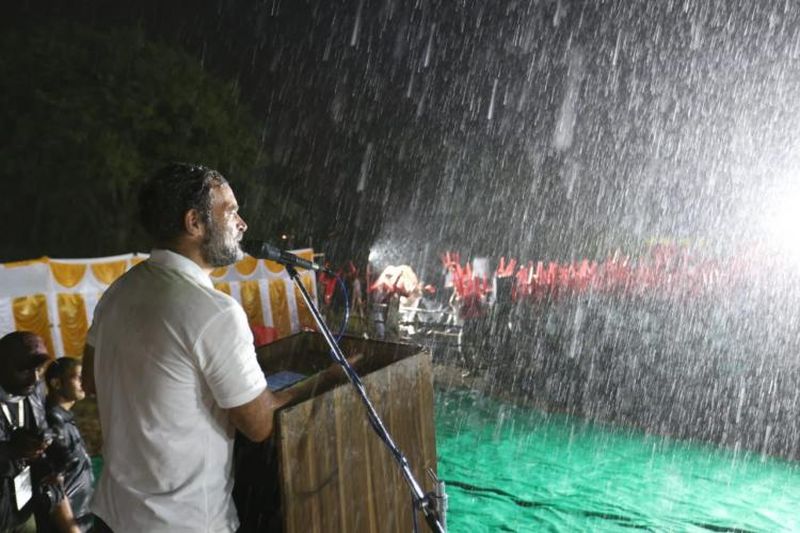 “Like a river, this yatra will flow from Kanyakumari to Kashmir. Neither storm nor rain or cold weather will stall its flow… it is not about hatred. In this river, you will not come across violence or hatred, there is only love and brotherhood in it,” Rahul said.

The public meeting also turned into a show of unity for the party with K.C. Venugopal, Randeep Surjewala, D.K. Shivakumar and Siddaramaiah participating in the event.

Meanwhile, Sonia Gandhi and Priyanka Gandhi Vadra are expected to join Rahul Gandhi later in the week for the Bharat Jodo yatra.

While Sonia Gandhi will walk along with Rahul Gandhi in Melukote on October 6, Priyanka Gandhi Vadra will join the walk in Nagamangala on October 7.