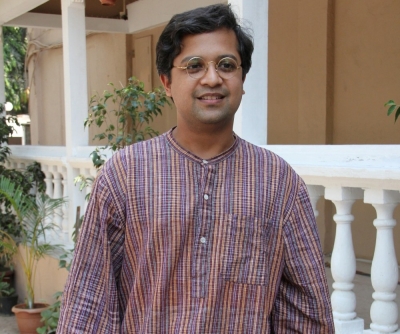 Mumbai: Actor-director Anand Tiwari, who plays a pivotal role in the film Nail Polish, says his character in the film unveils a truth that changes the perspective of seeing reality in black and white.

The story of the courtroom drama revolves around the murder of migrant children and how the involvement of a high profile personality unveils a bigger dark secret of the system. The film also features Arjun Rampal, Manav Kaul, Rajit Kapur, and Madhoo.

“I play a public prosecutor, Amit Kumar, and it is quite an interesting mind to explore. He fights the case which is very important for the state as a man is accused of killing 38 migrant children. It is a quite critical case. He himself is a father of a young boy and, as a lawyer, it will be interesting to see how he finds out different shades of reality, a different aspect of the law that lies between morality, ethics, truth and lies,” Anand told IANS.

“In a way, the audience gets to know the truth through the lens of Amit Kumar,” he added.

The filmm, written and directed by Bugs Bhargava Krishna, streams on ZEE5 from January 1.