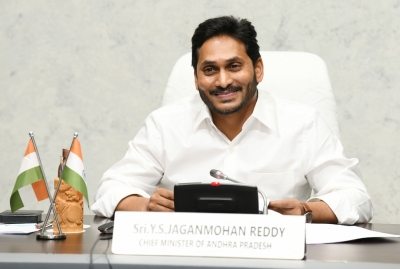 Andhra CM seeks speeding up of infra projects in Vizag

Amaravati: Andhra Pradesh Chief Minister Y.S. Jagan Mohan Reddy has directed officials to prioritise completing a slew of infrastructural projects in Visakhapatnam which is expected to become the executive capital of the state.

In his review meeting late on Tuesday, Reddy enquired about the Bhogapuram airport, the beach corridor project, the diversion of Godavari waters from Polavaram to Visakhapatnam and the Metro project.

He instructed officials to immediately work on the Polavaram water project to Visakhapatnam through pipelines.

The Chief Minister said that an action plan is being prepared to meet the water needs of the city for the next three decades.

There were also deliberations on expanding the port city’s beach road till Bhimili and its extension from Bhimili to Bhogapuram.

For this extension, land acquisition is estimated to cost about Rs 1,167 crore.

“Consider Beach Corridor Project as the first priority project and start the works on a war footing,” he said.

The CM reviewed the Vizag metro rail project and was informed that a detailed project report has been prepared, envisaging a Metro line from Vizag Steel Plant (VSP) gate to Bhogapuram, spanning 77 km with 53 stations.

There is also a proposal to construct a 60-km-long tram corridor.

It is estimated that the Metro project would cost Rs 14,000 crore and tram service Rs 6,000 crore.

Reddy stressed for the best designs to be used in constructing the Metro and tram projects to further beautify the city.