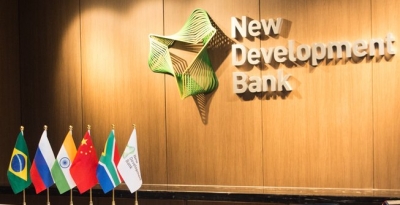 Andhra to get Rs 6.4K cr from NDB to improve state road network

Amaravati: The Andhra Pradesh government has tied up with the New Development Bank (NDB) for funding to the tune of Rs 6,400 crore for two infrastructural projects intended to improve rural and ‘mandal’ (zonal) road connectivity, an official statement said on Thursday.

“Under the AP Mandal and Rural Connectivity Improvement Project (APMCRCIP) and the AP Roads and Bridges Reconstruction Project (APRBRP), roads will be extended from district centers to mandal centres and from mandal centres to another neighboring mandal in two lanes,” it said.

The two projects will entail a total of 3,104 km of highways to be widened or constructed while 479 bridges will be rebuilt.

Already, for the first phase of this project, administrative clearance for 1,243 km road works have been sanctioned at a cost of Rs 2,978 crore and a letter of agreement has been completed for 13 packages where works will take off from February.

Chief Minister Y. S. Jagan Mohan Reddy directed officials to ensure that the roads are constructed expeditiously without compromising on quality, and lauded Roads and Buildings Department officials for executing the tender process in a transparent manner.

“These two mega projects would play a key role in the development of the state by enhancing the connectivity between industrial hubs and rural areas,” said Reddy.

Reddy directed officials to take further steps for developing the state with the help of NDB through the externally-aided project route.

According to the statement, an agreement for these projects was signed between the Centre, the state government and the NDB on Wednesday.