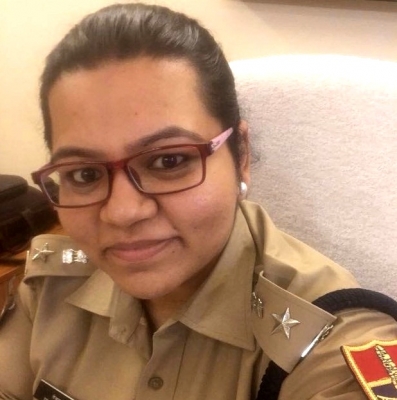 Jaipur:  Rajasthan in the last few years has become almost synonymous with incidents of lynching, making many raise questions on how a state that is otherwise known for its cultural and historical legacy is now delivering stories of angst, lynching and vigilante justice.

While a senior police officer believes that hate speech, overuse of internet and violence on OTT are prime reasons for converting youngsters into angry men, another official termed lack of moral values as one of the reasons behind the flaring tempers.

Let’s throw a quick glance on some of the incidents of hate crime reported from the desert state. In fact, the case of Pehlu Khan gained much attention in this perspective.

Pehlu Khan, his two sons and four others were on their way to Haryana’s Nuh on April 1, 2017, when they were attacked by a mob on National Highway 8 linking Jaipur to Delhi on suspicion of cow smuggling.

Khan who received fatal injuries passed away at a hospital in Alwar, three days later. The attack was captured on camera.

In another incident, a 28-year-old man was reportedly beaten to death in Rajasthan’s Alwar district by a group of people on suspicion of smuggling cows

The victim — Akbar Khan, was a resident of Ferozepur Jhirka region in neighbouring Haryana.

When Khan and his friend Aslam were transporting two cows on foot through a forest area in Ramgarh’s Lalawandi village, the villagers surrounded them and started thrashing them.

While Aslam managed to escape, Khan was severely beaten up.

He was later taken to a government hospital in Ramgarh where the doctors declared him dead.

This year on August 15, when the country was celebrating Independence Day, a young man named Chiranjilal, who earned his livelihood by selling vegetables in a village in Rajasthan’s Alwar district, was allegedly beaten to death.

IANS tried to figure out the reason why such incidents are happening in different places.

Alwar SP Tejaswini Gautam termed social media and overuse of internet as the reasons for such cases.

“Overuse of internet, digital platforms which are full with violence, movies, web series on OTT platforms could be blamed for pushing such incidents. In fact, when social media was not there, there used to be small tussles such as road rage between people. However, it never mattered to which religion the individuals belonged but now, the instances draw religious angles in a fraction of seconds.

“Hate speech is another major reason behind such incidents, she said,” adding: “A policy to regulate social media which is already there needs to be revisited so that strict action can be taken against those who post anything illogically without verification.”

“An incident can be between two people but how can it become an issue between two castes, gender or religion?” she questioned.

“People were majorly at home during the pandemic and their mental patience was tested… and now, whenever one gets a chance, he/she wants to give it back on any trivial issue,” she added.

The Rajasthan government had tabled the Rajasthan Protection from Lynching Bill, 2019 in the assembly on July 30.

The new law, however, came under fire from the BJP. It was returned by the Central government in March this year.

Meanwhile, ASP Sunita Meena said: “We have mostly observed that people who were involved in such acts of violence are less than 50 years of age. Mainly, they come under the age group of 18 to 35 and lack control over anger. Their mental counselling is the need of the hour. We can also term such cases as psychological. Moral education is a must for youths these days.”